A video of a heroic rescue at Six Flags Amusement Park went viral recently. The video depicted an amusement park patron in Upstate New York who may have saved the life of a 14-year-old girl.  The girl was on a ride called the Sky Ride and she had fallen out of the car that she was riding in and was dangling from the ride. She was holding onto the cart and was 25-feet in the air. A patron at the amusement park saw her dangling from the ride and persuaded her to let go of it. She was then caught by the good samaritan and by a group of others on the ground who had gathered in order to try to help her. The girl was transported to the hospital and she was treated for minor back injuries before being released. However, not all patrons of amusement parks who sustain injuries on rides are so lucky. A New York City injury lawyer provides representation to those who are more seriously hurt, as well as to families of victims who are killed on amusement park rides. Unfortunately, injuries and fatalities do happen every year and, as USA Today points out, the recent incident with the 14-year-old is renewing lingering questions about exactly how safe rides are for amusement park patrons.

According to USA Today, there have been several other ride malfunctions over the course of the past year in which patrons were killed.  One tragic incident at an Australian theme park, Dreamworld, caused four deaths when two people were ejected from a raft at a water ride and another two people became trapped in the water or machinery.  Another incident occurred in Kansas, when a 10-year-old boy was killed on a giant slide and two women sustained injuries. An amusement park safety consultant told USA Today that “it's not a matter of whether it's going to happen, it's when,” in reference to amusement park tragedies. Conditions exist that make accidents inevitable, especially in the United States where there is virtually no federal oversight of ride safety. This leaves states in a position to pass their own regulations, and in some states, the rules are very lax.  While the U.S. Consumer Product Safety Commission used to be responsible for overseeing ride safety, the responsibility was removed from the Commission in the 1980s and it is unlikely that federal authorities will again be given the power to regulate rides. This can leave patrons vulnerable if states do not have good safety rules in place. If you or someone you love is hurt at an amusement park, you should consult with a New York City injury lawyer. An attorney can help you to determine if the amusement park could be held accountable for your injuries and can provide you with advice on pursuing legal action against the amusement park in order to obtain compensation for loss. Call as soon as possible following an injury so your attorney can begin an investigation into the cause of the harm and can take action to help you prove your claim.

Types of and Treatments for Burn Injuries in New York 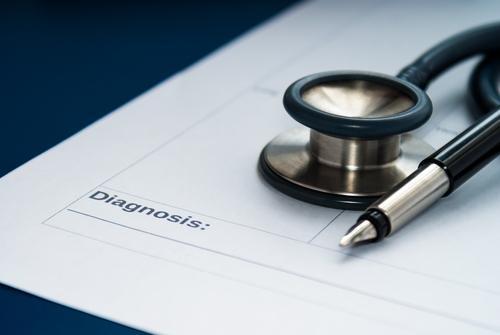 Read more: Types of and Treatments for Burn Injuries in New York

As people drive, go to work and go about their days, there are many potential risks that they could encounter which might result in injury or even preventable death. There are steps that can be taken by property owners, businesses and drivers which can reduce the risk that these preventable injuries and deaths will occur.  A New York City injury lawyer often provides representation to those who have suffered harm as a result of a failure to take reasonable steps to prevent injuries. Individuals and businesses who do not take reasonable precautions can be held accountable and made to pay damages if their failures are the direct cause of a victim being hurt or killed. States can help encourage individuals and businesses to do the right things when it comes to preventing harm by passing appropriate regulations.  The National Safety Council recently conducted a state-by-state assessment to determine how well states were doing in terms of taking action and passing policies that prevent injuries and reduce risks. Unfortunately, no states earned an A grade and New York state only got a C in terms of the safety policies the state had passed.

New York Gets a "C" Grade for Safety

The National Safety Council considered state policies on road safety, workplace safety, and home and community safety.  New York was lacking in a wide variety of different safety rules including: These are just some of the policies NSC indicated New York was lacking in order to make its residents as safe as possible. When there are policies in place to ensure safety and those policies are violated, it is easier for victims to obtain compensation for damages. A victim who is hurt won't have to specifically prove negligence, as the violation of the safety policy can create a presumption of negligence.  However, if there is no specific policy, the victim may need to prove the individual or company responsible for his injuries was unreasonably careless. A New York City injury lawyer can assist victims in making their case for compensation and proving that the defendant was, in fact, in breach of a legal duty and thus should be held accountable for causing harm.  Contact an attorney with Rosenberg, Minc, Falkoff & Wolff as soon as possible after an injury has happened so you can get help obtaining proof and making a claim for compensation.

If you’re injured at a music festival

With summer at full tilt, many New York City residents are making time to participate in music festivals around the city and region. Of course, anyone who's been to a music festival can tell you that even the most professionally staged events have plenty of room for things to go wrong. It is rare that any festival makes it all the way through the event with no injuries at all, and in some cases, a particularly serious accident could lead to devastating injuries to a number of festival-goers.

Read more: If you’re injured at a music festival

When you were walking on the streets of Manhattan, you didn't notice that the sidewalk was raised. You caught your foot and fell, resulting in a trip to the emergency room. While you might think that a fall like this isn't a big deal, the city may be liable for your injury.