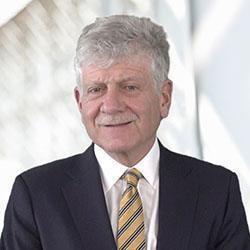 Mr. Wolff is a member of he New York and New Jersey State Bars, and is admitted to practice before the United States Court of Appeals Second Circuit, U.S. Eastern and Southern District Courts of New York and U.S. District Court of New Jersey. He is also a member of the N.Y. County Bar Association, New York State Trial Lawyers Association and the Bronx Bar Association where he served as Bar President from 2011 to 2012 and is the current Chairperson of the Board.

After graduating law school, Mr. Wolff practiced civil and criminal law for a New York City law firm before joining this office in 1987 where he has remained since that date, becoming a partner in 2000.

Mr. Wolff has successfully represented his clients over the years, obtaining millions of dollars in settlements and verdicts, in all types of personal injury cases ranging from car accidents to construction accidents to medical malpractice claims.