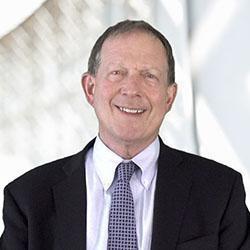 Peter Rosenberg is a third generation trial lawyer. His grandfather Gustave G. Rosenberg founded the firm in 1920. After many years as a ground-breaking trial attorney, he went on to become Chairman of the New York City Board of Higher Education, a State Supreme Court Justice and a Judge of the New York Court of Claims. His father, Lawrence Rosenberg was engaged in active practice from 1948 until his retirement in 1985.

A graduate of Syracuse University and Duke University School of Law, Peter Rosenberg has been in practice since 1979. During that time, he has devoted himself exclusively to representing plaintiffs in personal injury and medical malpractice actions.

As a tenacious trial attorney, Mr. Rosenberg has tried well over one hundred cases achieving numerous multi-million dollar awards. Also a skilled negotiator, Mr. Rosenberg has settled hundreds more cases to the universal acclaim and appreciation of his clients.

Mr. Rosenberg always makes himself available to his clients to meet or speak as frequently as the client desires. A calm and sensitive person, Mr. Rosenberg will see the client through the difficult emotional process of litigating a personal injury or medical malpractice matter.