Risk of Truck Accidents Due to Drowsy Driving in New York 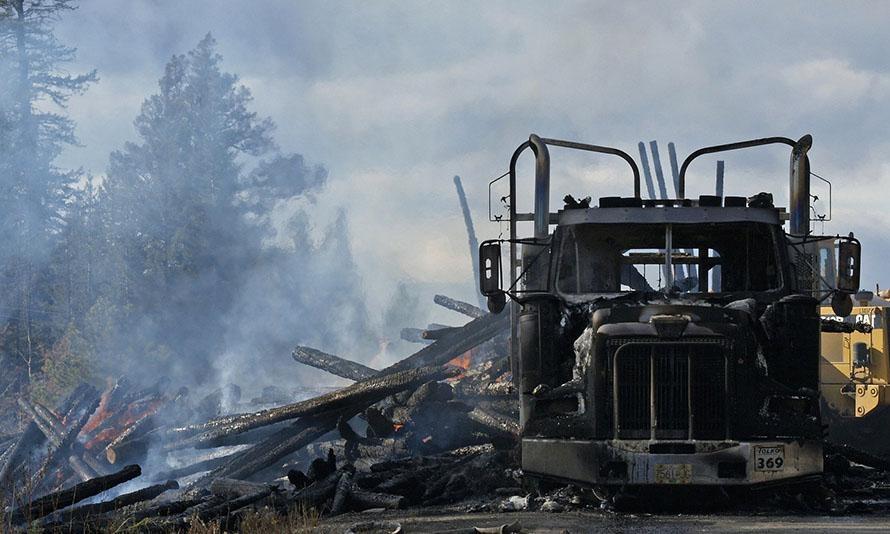 The job of a truck driver typically involves spending long hours behind the wheels on long, dreary highways. To add to the already challenging conditions, the sword of tight deadlines constantly hangs over a trucker’s head. Such tedious conditions combine to cause truckers to spend more time on the road than they ideally should. All this ends up making them susceptible to exhaustion, jadedness, burnouts, and falling asleep behind the wheel, which increases the risk of truck accidents.

A study at the Harvard School of Medicine involving truckers revealed that almost half of them had experienced falling asleep while driving, especially on long-haul routes. The use of stimulants like caffeine or energy drinks, and even drugs in some cases, is commonly prevalent among truck drivers to overcome fatigue and weariness. These conditions contribute to the high incidence of truck accidents in New York.

Why Do Some Truckers Doze Off Behind the Wheel?

The nature of a trucker’s work makes them particularly vulnerable to drowsy driving. The pressure brought on due to stringent delivery deadlines, combined with driving mostly during the night hours results in truckers succumbing to sleepiness. While regular motorists can stop to rest if they feel tired while driving, truckers often do not have the luxury to pull into a rest stop to sleep for some time. A few hours of rest might cause disruption to a truck driver’s tight delivery schedule.

Government Regulations and the Challenges in Enforcement

The Federal Motor Carrier Safety Administration (FMCSA) has put in place stringent service regulations to prevent truckers from spending long hours on the road. Unfortunately, the pressure to meet deadlines and incentives to deliver the cargo on schedule leads the truckers to often ignore these regulations and flout the safety guidelines.

In such cases where a truck driver disregards government regulations and drowsy driving leads to a crash, it becomes important to pin down liability on those responsible for the accident. However, it is easier said than done because of the complexities involved in understanding and affixing culpability.

However, the case becomes complicated and needs more investigation if the company lists the trucker as a subcontractor. At times, the trucking companies do this purely to avoid liability for any actions of the truck driver.

Recognizing These Signs of Drowsy Driving Can Save Your Life

There are some clearly visible signs of drowsy driving that you can learn to recognize to protect yourself or a loved one. Look out for these signs when you get behind the wheel to prevent accidents. These signs include:

Be alert and prepare to create a distance from any vehicle if you notice that the driver is unable to stay in their lane. Such drivers might be either inebriated or fatigued. Either way, it is safer to stay out of their way.

The best way to deal with such a situation is to slow down and drop back or move away from the erring vehicle. If you must pass the other vehicle on the highway, you need to ensure that you do so with utmost caution. Despite all this, if you feel that the other driver is being particularly reckless, you must pull over to stop and call the law enforcement agencies immediately.

Reasons for Trucker Fatigue and Drowsy Driving in NYC

Driving for long periods of time without taking a break and lack of adequate sleep are the two main reasons that result in a truck driver feeling lethargic and drowsy while driving. Legally, truck drivers can drive continuously for 11 hours after they have spent at least 10 consecutive hours not being behind the wheel of their vehicle.

Driving a truck is grueling work, and it is normal for fatigue to set in by the time a truck driver finishes their shift, even if they comply with the regulations. Other factors, like the ones listed below, also add to driver fatigue and resulting truck accidents in New York City:

Any illness, whether the flu, an infection, or even a common cold, can leave a trucker’s body seriously craving for rest and sleep. However, the tight schedule of a truck driver may not allow them time to rest, which in turn may lead to more fatigue.

Medication taken by truck drivers for their illness may induce drowsiness and sleep. Getting behind the wheel in such circumstances increases the chances of a mishap.

Studies show that alcohol abuse is rampant amongst truck drivers around the world, even more so in the United States. Results of tests on truck drivers typically show a high rate of blood alcohol content. Inebriation, whether with drug or alcohol use, increases fatigue behind the wheel.

Driving a truck usually involves staying awake during the night and sleeping in the day. Some people may find it hard to adjust to a pattern of sleep that is against the natural circadian rhythm of the human body. Some others may struggle to adjust if asked to drive during a different shift.

Truck drivers often end up driving at odd hours and for long stretches of time due to the pressures of unrealistic delivery deadlines. Unfortunately, their body may not able to maintain the normal levels of awareness and alertness required to be at the wheel of a big truck.

How Does Trucker Fatigue Impact Safety on a Highway?

For most truck drivers, remuneration is by the mile instead of the number of hours spent behind the wheel. This makes them continue driving even after fatigue and drowsiness sets in. Moreover, they are also under tremendous pressure to meet impractical deadlines. Let us see how fatigue brought on by these pressures impact a truck driver’s performance:

Studies show that maneuvering a big truck without adequate breaks or sleep for over a 24-hour period is akin to driving under the influence at 0.10 percent blood alcohol content. Focusing on the road and surroundings can end up being a big challenge while fighting drowsiness behind the wheel.

Alertness and response times of a trucker take a nosedive due to fatigue and drowsiness while driving. A truck driver may not be able to respond quickly to another vehicle pulling ahead or may fail to note the presence of a car in one of the many blind spots of a big truck.

A drowsy driver has reflexes and response times quite like an intoxicated one. This hampers their ability to react to a threat like a swerving vehicle or a tire blowout. A tired truck driver is a traffic hazard at a crash site and may make the scene of the accident worse due to their lack of awareness and alertness.

A drowsy trucker may not be able to properly note and respond to changing traffic patterns, including sudden changes in speed limits or traffic signals. A sharp decrease in reflex responses may prevent drowsy truck drivers from reacting to inherent dangers on a highway in time, therefore leading to crashes.

Truck drivers constantly need to make quick decisions about maintaining speed, changing lanes, and approaching a signal. Drowsy truck drivers can struggle to make sound judgments, jeopardizing their own safety as well as that of others on the road. A fatigued truck driver may be incapable of taking fast judgment calls that are the need of the hour in an impending collision.

Drowsy and fatigued truck drivers are not just a risk for themselves, but also impact other road users’ safety. These may result in repercussions for other motorists, pedestrians, trucking companies, insurers, and others who might become the victims of a catastrophic New York truck accident.

The signs of tiredness and fatigue are mostly ignored or go unnoticed. It is difficult to test and measure fatigue, and the responsibility of following guidelines to ensure safety lies with the truckers and trucking companies. The only tangible way to cure fatigue is rest and sleep. Sometimes, pulling over to take a power nap can become the best fatigue management tool.

If you or someone you love is the victim of a truck accident, you will need a competent truck accident lawyer to investigate both the trucking company and the truck driver and help you secure fair compensation for your injuries. A reliable attorney can help expose signs of fatigue on the part of a driver, a trucking company pushing its drivers with unreasonable deadlines, or maybe a logbook that shows violations of federal stipulations.

A capable New York truck accident attorney can skillfully negotiate with the trucker’s insurance company so that you can focus on your recovery without any additional stress. The truck accident attorneys at Rosenberg, Minc, Falkoff & Wolff, proficiently handle truck accident compensation claims and lawsuits throughout New York. To know how we can help you claim fair and full compensation, call Rosenberg, Minc, Falkoff & Wolff, LLP today at 1-800-660-2264 or contact us online for a free and confidential consultation.