How a Fitness Tracker Can Impact Your Pedestrian Injury Case 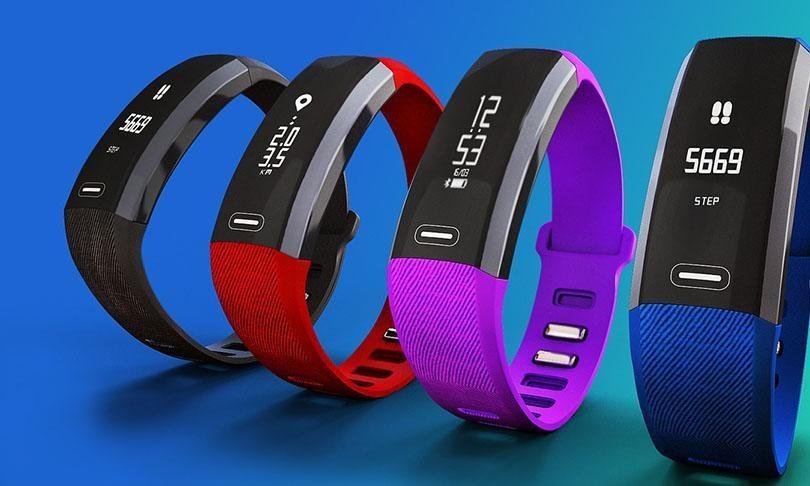 Wearable fitness applications, such as Mio Fuse, Garmin Vivosmart, and Fitbit along with several cellphone applications have become a salient way of monitoring the number of steps you take in a day. They also offer a wide array of health information in terms of burned calories and heart rate while engaged in any activity.

It is expected that over 275 million wearable fitness tracking devices will be bought in the US this year. In addition, millions more will download and use health apps on their phones.

Fitbit is among the more popular devices because it can track the number of steps taken, amount of water consumed, and whether you are sleeping well at night. Most important of all Fitbit can track your location. Importance of Fitbit location data is not just limited to your health anymore. It has gained a whole different level of interest in the legal world.

Your Fitbit may just become a handy witness in your personal injury lawsuit, especially during a New York pedestrian injury case.

The system allows any GPS-controlled device in the world to receive location and time data. The unit will need an unobstructed view of at least three satellites to be able to relay the information accurately. Your Fitbit location data, when GPS is enabled, is trackable when you drive, run, or walk with the device. In effect, the device works on similar lines as a human black box.

A process called trilateration is used by your GPS device to monitor your current location at any given point. Trilateration makes use of radio signals to get a fix on a specific location of the satellites and calculate using that as a base figure. A minimum of three satellites are required for trilateration. However, if you want precise and accurate measurement, there should be at least four satellites in clear visibility of the device.

GPS provides other information as well besides location, such as time, speed, and altitude. These devices work as handy navigational tools by knowing your location and measuring it against that of other users. For instance, systems procure data from multiple vehicles and devices on a highway stretch to accurately presume whether it is busy or not. GPS data is also handy in calculating the speed and direction of two opposing objects before they collide.

An important factor to consider is whether GPS data is acceptable or not in legal cases. Typically, witness testimonies are supposed to be capable of being confronted and opposed by the defendant. This can either be in court or on paper. However, GPS data is non-testimonial in nature. It does not fall under the same limitations as witness testimonies in a pedestrian injury case in New York.

Hence, is usually allowed to be entered into record. This was upheld in United States vs. Brooks where the court admitted GPS evidence and said it did not violate the witness confrontation clause. This is because GPS data is based on computer derived data and cannot be called hearsay.

Use of Fitbit Location Data in Personal Injury Cases

Fitbit devices generate and store location data, which can be useful in a wide variety of personal injury lawsuits. This includes automotive, bicycle, and pedestrian accidents. This data can be used for multiple purposes, such as determining the speed of the object, whether it is human or mechanical, distance traveled by the object, and the momentum before collision.

Your attorney can clearly show the jury how the accident took place by using Fitbit data as evidence. You should know that the defense attorney may subpoena this data from the plaintiff if it helps in building a strong defense.

It is important for an attorney to understand how GPS data from a Fitbit can help in pedestrian accident cases. Imagine you are walking when you get hit by something on the street. You were found collapsed by first responders with what is now determined as a TBI.

People with brain injuries are often unclear about the events leading up to the accident. Your attorney may notice you are wearing a Fitbit device and use the location data to determine the precise moment when you came to a standstill. This will be assumed as the point of impact.

Your attorney is now armed with the coordinates of the point of impact. They will use this information and investigate the area. Upon inspection, they may or may not find signs of an accident on the spot. Let’s say, they did not find any road debris that is usual after a car accident. There were no skid marks or anything else on the street indicating the driver hit the brakes and skidded to a halt.

Now, there are no witnesses to the pedestrian accident and you don’t remember what happened. Your attorney will first apply alternate explanations for your injuries. The Fitbit location data will be re-analyzed. Upon analysis, the data shows that the walker moved horizontally before the collision. This indicates that you were struck from a low position with a lot of force.

The attorney, while looking around the area, may saw a dog running without its leash. Neighbors confirm that the dog is often seen running about without a leash. This gives the investigation a whole new perspective. Your accident was not because of a negligent car driver, but because of a dog owner.

Homeowner’s insurance covers dog-related injuries. Your medical expenses and time away from work could be recovered with a lawsuit.

There are no witnesses to the accident and this is a classic face-off where two people are saying the exact opposite thing. The vehicle’s black box shows the driver was speeding and did not slow down before entering the intersection.

At the same time, your Fitbit data can be used to determine that you stopped before entering into the intersection to look for oncoming vehicles. The data will also show the speed you were walking at.

Attorneys Can Use Fitbit Information to Portray a Vivid Picture

Fitbit data is computer derived data and your attorney can present it to explain how the accident happened in vivid detail in front of a jury. The attorney may incorporate Google Earth images with the Fitbit data to help jurors visualize the pedestrian’s path and the exact sequence of events leading up to the accident.

In the second scenario, the Fitbit data clearly shows that you stopped walking for a few seconds before entering the intersection. It also shows that you did not sprint into the crosswalk as the car driver claimed. The driver’s speed can also be calculated by using your point of impact and weight.

In addition, attorneys may request for the car’s black box information to determine navigation, speed, evasive maneuvers, and the final location of the vehicle. Taken together, these facts can help your attorney present a strong case in front of the jury to acquire maximum compensation.

Pedestrians often have to show that the accident affected their lives. It can be difficult to prove that your level of activity has changed following the accident. Fitbit records can go a long way in showing the dip in your activity levels prior to and after the accident.

Physician records are relied upon highly in personal injury cases. But, having a concrete way of supplementing that opinion can be invaluable. Fitbit devices make it possible to show how active you were before the accident. Your attorney can even show the number of miles you walked in a day.

You need to utilize every opportunity of proving negligence in a pedestrian accident. Technological advancements in tracking devices can help you achieve that. Data from your Fitbit or any other wearable device could prove to be useful in your pedestrian injury case.

However, since the defense attorney can subpoena the data from your tracking device, it is important that you consult with an experienced pedestrian accident attorney. It is possible that the data from the device may not seem to be in your favor when presented in combination with other factors.

The pedestrian accident lawyers at Rosenberg, Minc, Falkoff & Wolff, LLP can help you understand your options and take the best way forward. Schedule an appointment today or free consultation to speak with a skilled New York personal injury attorney by calling at 1-800-660-2264.