Dangerous Spots For Pedestrians And Cyclists in New York City 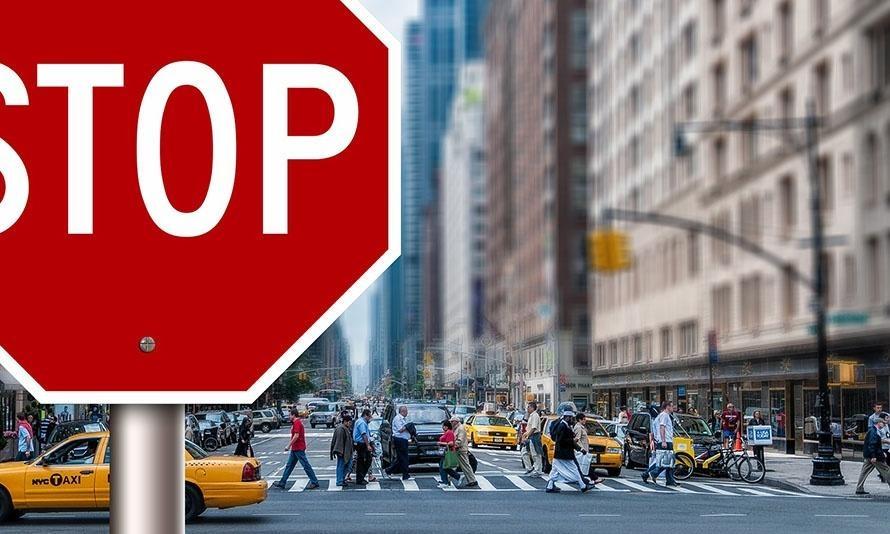 Getting around on a bicycle or by foot not only gets you some much-needed cardiovascular exercise but also helps in reducing your carbon footprint. The bustling sidewalks and streets of New York see cyclists and pedestrians making full use of the city’s bicycle lanes and public transport.

New York City streets carry some of the heaviest pedestrian and bike traffic on the planet, along with one of the highest volumes of motor vehicles. It is hardly a surprise that the life of pedestrians and cyclists in the Big Apple is replete with high risks of pedestrian accidents and injuries.

Being on foot or on a bike amidst heavy motor vehicle traffic makes you exceptionally susceptible to accidents, even if you are cautious and vigilant. If you are a victim of a pedestrian or bike accident because of someone else’s negligence, you must call an experienced New York City pedestrian accident lawyer immediately.

Are Traffic and Congestion the Leading Causes of Accidents in NYC?

The city that never sleeps seems to be jam-packed with traffic at all times of day and night. Statistically, New York City has the dubious distinction of being the 4th worst in the country in terms of traffic, behind Boston, Washington, DC, and Chicago. Only these three cities beat New York in the average number of hours a driver spends stuck in traffic behind the wheels, in a year.

In New York, drivers spend 133 hours in a year stuck in the city traffic. More people are abandoning their cars to walk and cycle to work because of this constant state of congestion on the city roads. Because of this, more pedestrians, bicycles, and cars are jostling for the limited space on New York City’s streets.

We are witnessing an increase in dangerous driving behavior with drivers losing their patience, especially at busy intersections. At the same time, instances of accidents due to distracted driving are on the rise, as drivers tend to use or check their cell phones more while stuck in traffic. Some of the dangerous driving behavior displayed by motorists because of their growing frustration at being stuck in traffic for long-duration manifests in the form of:

Some of the other reasons for cyclist and pedestrian accidents on the New York City roads are construction, weather, defective equipment, and impaired driving.

Dangerous Intersections and Roads Are the Accident Hotspots in NYC

The bicyclists and pedestrians are mostly in their dedicated bike lanes or on protected sidewalks, respectively. However, they do cross paths with the motor vehicle drivers at the intersections, making these spots particularly dangerous and prone to accidents.

The slightest confusion about the right of way or a momentary lapse of attention can result in an accident. Any accident between a motor vehicle on one hand, and a pedestrian or cyclist on the other, can lead to catastrophic injuries for the latter.

One naturally presumes, given the heavy volume of traffic, that the busy and large intersections would be the culprits. Surprisingly, that is not always the case, and a study reveals that some single-lane intersections are as dangerous, if not more, than the big and busy ones.

Localize.city did an analysis of the accident data, and came up with a list of dangerous New York City intersections that pedestrians and cyclists would be ill-advised to frequent. Here is a borough-wise list of some of these dangerous intersections:

Heavy vehicular movement, design flaws, or the location of a road can sometimes make it as dangerous as a busy intersection. New York City has many such roads chock-a-block with traffic day and night, making them alarmingly perilous for pedestrians, bicyclists, and motorists alike.

The incidence of traffic accidents causing injury or death on some of these roads is much higher than other NYC thoroughfares. Some of these roads that you should be wary of if you are on foot or on your bicycle are:

Negligence on part of the motorists is a leading cause of cyclist and pedestrian accidents and injuries. It is the responsibility of the motor vehicle drivers to not only drive safely while following all the rules on the road but also to accommodate and look out for the bicyclists.

Some of the reasons for motorists causing accidents resulting in injuries to cyclists and pedestrians are:

Cell phones are fast becoming the scourge on our roads as distracted driving leads to a growing number of road accidents. The use of cell phones by a driver while behind their vehicle’s wheels hampers both physical and mental alertness, causing injuries to the vulnerable pedestrians and cyclists on the New York streets.

Impaired drivers are a hazard to others on the road.

Unnecessarily fast speeds on the city’s thoroughfares and at intersections cause deadly crashes.

Bike lanes provide a safe space for cyclists for their daily commute in and around New York City. But with the ever-increasing numbers of cyclists in the city, a saturation of the bike lanes is leading to an increase in dangerous accidents involving pedestrians and bikers.

Although cyclists and pedestrians are not directly responsible for this, there has been a rise in pedestrian injuries caused by bicycle accidents in the city. Everyone including bicyclists, pedestrians, and motorists shares the responsibility to follow traffic rules and to look out for their fellow road users’ safety.

New York is a busy city with its streets bustling with pedestrians, which inevitably leads to them crisscrossing the cyclists’ path at busy intersections. Both pedestrians and bicyclists are susceptible to injuries in situations under this category, and hence, the pedestrians must share the responsibility of moving across the intersections and bike lanes safely.

The design of our city streets and roadways favors the smooth movement of motor vehicles, so the onus mostly lies with the motorists to act responsibly and display extreme caution to help reduce injuries to the more vulnerable road users.

What is the Process to Recover Damages After a Pedestrian Accident in New York?

New York being a no-fault insurance law state, if you sustain injuries in a pedestrian accident, you will need to file a claim with your insurer. Much of your damages, like medical treatment bills and a part of your lost wages, are recoverable from your Personal Injury Protection (PIP).

Since most people have only the required minimum coverage of $50,000 in PIP, it may not be sufficient in cases of grievous or fatal injuries in a pedestrian accident. The victim or their family has the recourse to file a lawsuit against the at-fault party to seek compensation under New York’s no-fault insurance laws.

Victims in personal injury or wrongful death litigations can recover more damages including pain and suffering, loss of consortium, funeral expenses, loss of quality of life, etc. You will of course need to retain a qualified and competent NYC personal injury attorney to prove liability and damages in a personal injury lawsuit.

For injuries sustained by you or a loved one while walking or biking, our experienced personal injury attorneys at Rosenberg, Minc, Falkoff & Wolff in New York City have the requisite knowledge and competence to apprise you of your rights and guide you to claim fair compensation for your personal injuries.

We prepare each case intensively and work with medical and economic experts when necessary to demonstrate exactly how your injury has changed your life. In many cases, our preparation leads to favorable out-of-court settlements.

If your opposition is not willing to treat you fairly, our law firm will not hesitate to take your case before a judge and jury. Collectively, our lawyers have taken hundreds of injury claims to trial. call Rosenberg, Minc, Falkoff & Wolff, LLP today at 1-800-660-2264 or contact us online for a free and confidential consultation.