New York has among the highest number of pedestrians on the streets. Pedestrian safety is a priority with millions of people thronging NYC streets each day. However, there were 121 pedestrian deaths in the city in 2019 even after plenty of walking space, awareness campaigns, and strict legislation.

The number of vehicle accidents in New York City is reducing while pedestrian fatalities and injuries are on the rise. This is despite the city’s efforts to increase pedestrian safety in recent times. There is an increase in pedestrian plazas and bike lanes to make the roads safer.

If the roads have become safer and there is a decrease in the number of car accidents, then why are pedestrian injuries and fatalities on the rise? Keep reading to learn more about the causes of increasing pedestrian accidents in New York.

Pedestrian Accidents because of Driver and Vehicle Related Factors 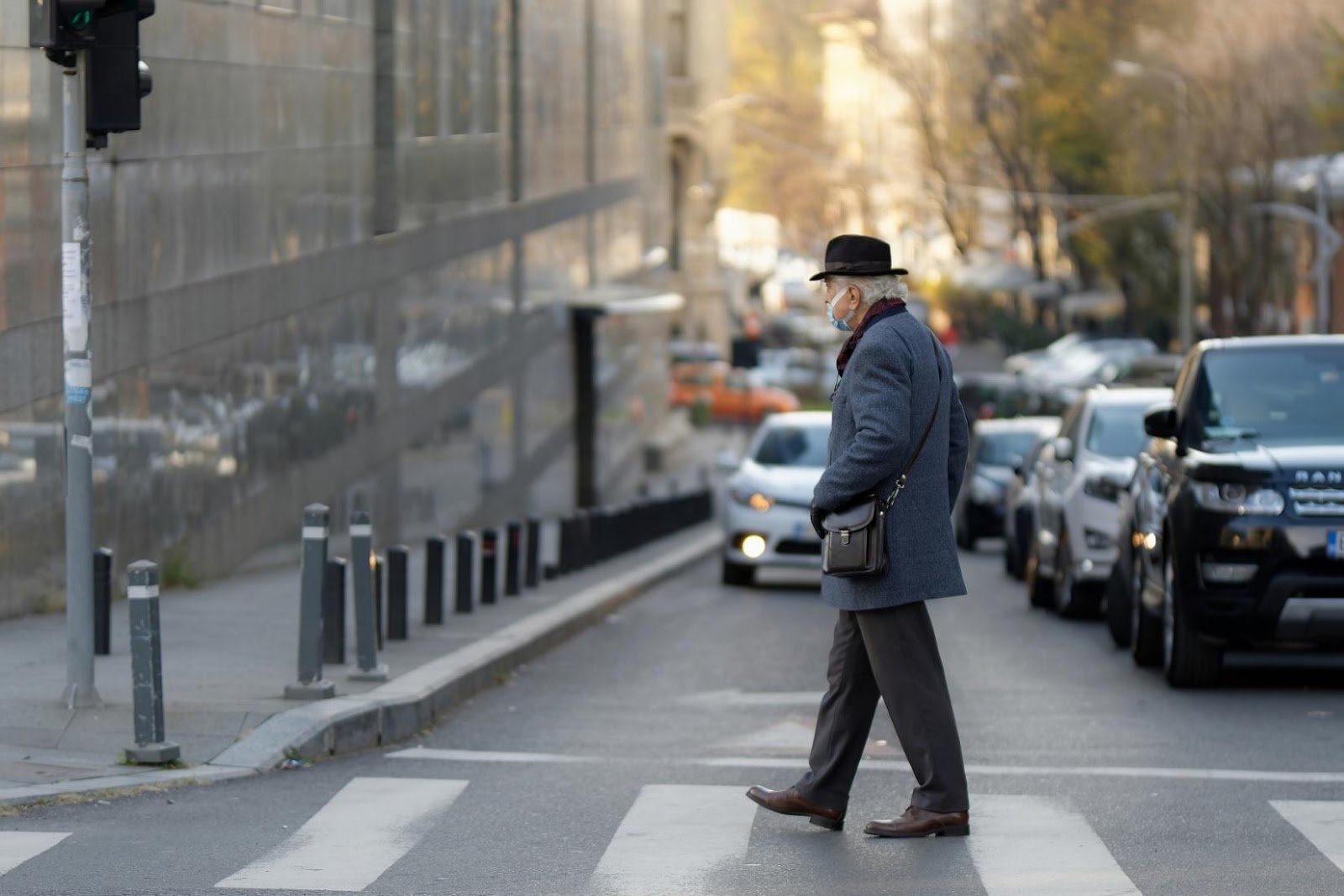 Drivers are often unaware of the risk of ramming into a pedestrian. In fact, they don’t realize that their driving behavior places pedestrians at risk. Familiarity with travel routes, alcohol, and cell phone usage impairs a driver’s ability to recognize the risk of colliding with a pedestrian.

Speeding is a major contributor to pedestrian crashes. It increases the likelihood of a collision. In addition, faster vehicles are more difficult for drivers to manipulate. Even if they see the pedestrian in time, it may not be enough for them to hit the brakes and make the car come to a stop. High speeds don’t allow pedestrians and drivers enough time to avoid the crash. Faster moving vehicles can cause severe injuries to pedestrians.

Chances of hitting a pedestrian is greater when vehicle and pedestrian traffic on the streets is more. There has been a manifold increase in the number of cyclists, pedestrians, and vehicles on New York roads in recent times. This has led to an increase in injuries and deaths.

Likelihood of pedestrian death and severity of injury is influenced by the type of vehicle involved in the crash. There has been an increase in pedestrian injury profile with an increase in the number of LTVs (light truck vehicles) on the road.

This is owing to their lower bumper heights that strikes a pedestrian’s legs and causes them to hit the windshield or hood of the car. LTVs hit pedestrians above the center of gravity propelling them forward. Risk of death in LTV related pedestrian accidents is 3.4 times higher as compared to standard passenger vehicles.

Distracted driving has become a major hazard, especially after the increase in cell phone usage. Distracted driver, in case of pedestrians, is similar to a runaway vehicle. Car drivers looking down at their smartphones may not be able to stop in time or abruptly to save a pedestrian running down the street.

They may fail to check blind spots and mistakenly turn into a pedestrian. Drivers often run red lights and hit pedestrians on the crosswalk because of being distracted by their cell phones or something else.

The New York Police Department has a responsibility to initiate criminal investigations against at-fault drivers that hit pedestrians and cause injuries because of negligent driving. However, the ground reality is that there are very few drivers that are charged or made to pay adequately after hitting or even killing pedestrians.

The Accident Investigation Squad of the city is responsible for investigating only those pedestrian accidents that involve death or considerable injuries. Only those accidents and injuries usually result in significant compensation for the victims in New York, where highly capable and resourceful personal injury attorneys are involved to protect the victim’s rights.

When offenders are not held accountable for their actions, it doesn’t deter them from repeating the mistake. The present approach doesn’t allow the public to feel safer on the roads as pedestrians.

Pedestrian Accidents because of Physical Environment

The physical layout of New York City and pedestrian transportation routes compels pedestrians to enter or cross roads in unsafe situations. These are a few physical factors that add to the increase in pedestrian accidents and deaths:

Two purposes are served by pedestrian crossing devices – they regulate behavior and help people judge safety. “Don’t Walk” signal indicates that it is unsafe and possibly dangerous to cross the street at that time. Pedestrians find it difficult to judge the safety of a route or determine appropriate behavior without crossing devices, walking signs, and crosswalks. Lack of signals contributes to vehicle-pedestrian crashes resulting in fatalities and injuries.

Inconvenient intersection crossings may be avoided by pedestrians because they cause delays in the travel pace. Midblock crossing was found to be the major cause of fatality in 55% vehicle-pedestrian crashes. Pedestrians may find themselves safe if convenient midblock crosswalks are made available at high-traffic crossing points.

It is far less likely for a pedestrian to attempt jaywalking when the distance is more. Narrower roads are a major cause for unsafe pedestrian behavior. However, wider roads may promote higher vehicular speeds, which may result in a possible trade-off in regards to pedestrian safety.

Fast crossing signals are a major risk to certain groups of pedestrians, such as the elderly. Pedestrians are placed at risk when signals at crosswalks don’t allow enough time for them to cross over. This is true even when the law says that a pedestrian has the right of way while crossing a signal. Crosswalk times are usually set for the average pedestrian.

Slower pedestrians, such as parents with children, the elderly, and people with movement restrictions may not be able to cross completely before the traffic starts again. Crash hotspots may develop in neighborhoods that has a large population of slow-moving pedestrians. This refers to areas where pedestrian-vehicle accident frequency is high.

Pedestrians may overlook their safety because of poor sidewalk conditions. They may seek to find better conditions on the streets. Poor sidewalks are a major problem for runners and other similar groups, such as speed walkers that may prefer a smoother surface. Absence of curb cuts is a major component of deplorable sidewalk conditions. The street may be risky, but the sidewalks are almost impassable in several NY streets, especially among the boroughs.

Obstructions around the sidewalks may prove to be difficult as well. Trees and bushes may overhang the sidewalks making passage problematic in residential areas. Snow and ice or leaf and plant litter are common obstructions seen on New York city streets. On top of this, there are several areas where congested or lack of parking lots force drivers to park across the sidewalk. This causes the pedestrians to walk on the street to get around the vehicle.

There are certain travel paths that don’t have sidewalks at all. Pedestrians are forced to walk on roads with the absence of sidewalks. People with limited mobility may again choose walking on dirt, grass, and uneven terrain.

On an average, everyone likes walking on wider sidewalks. However, it is difficult to allocate enough transportation space to vehicles and pedestrians in crowded cities, such as New York. Several back streets in central business districts, in response to greater vehicle volumes, have reduced sidewalk width. Further, sidewalk cafes and encroaching storefronts compel pedestrians to use the streets. This has led to an increase in crashes. 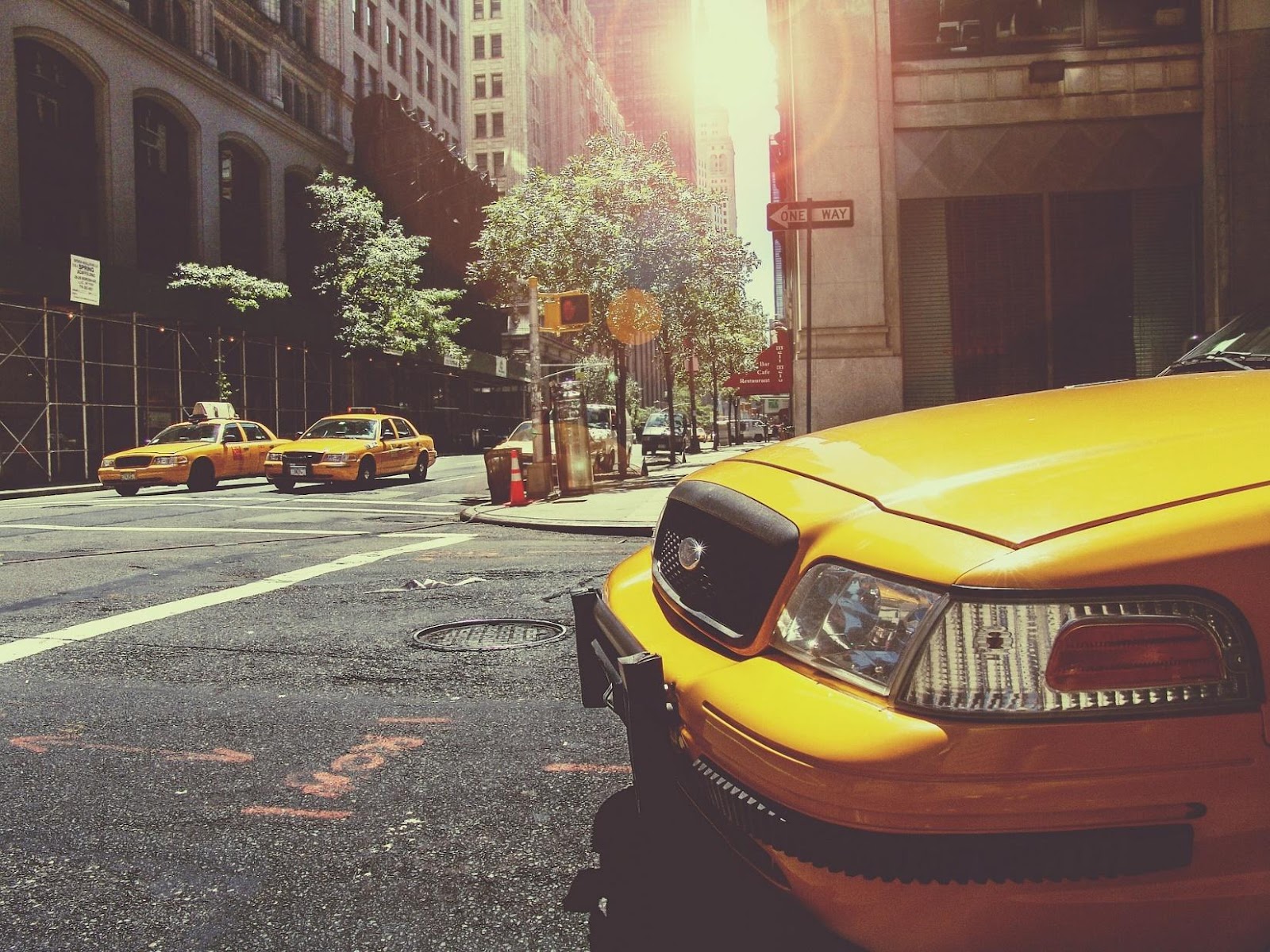 A recent traffic safety study from the New York Department of Transportation (NYDOT) reports that the majority of pedestrian accidents are because of private vehicles. However, large trucks, buses, and cabs were stated to account for 20% NYC pedestrian fatalities.

It is true that fewer crashes involving pedestrians are caused by delivery trucks, cabs and buses as compared to motor vehicles. However, the rate of accident of these vehicles are more than that of passenger cars. Buses account for 0.4% vehicle registrations in NYC. However, they are involved in over 3% of pedestrian accidents. This rate is almost 8 times greater than expected.

Larger vehicles like buses and trucks are three times more likely to result in serious injury or death as compared to passenger cars. According to the report, large cabs have a more prominent blind spot on the right side. This results in increased pedestrian crashes while making right turns.

Typically, pedestrians involved in traffic collisions sustain life-threatening and serious injuries. Lost income, medical costs, and overall decreased quality of life are a few potential damages that you may be entitled to recover as compensation following your accident with a vehicle.

Rosenberg, Minc, Falkoff & Wolff, LLP have helped numerous pedestrian accident injury victims to secure adequate compensation for their injuries and losses. We offer free initial consultation to all our clients to better explain their legal options. You can improve your chances of obtaining maximum financial damages by working with our qualified accident lawyers in NYC. Speak to a capable and committed attorney today by calling at 1-800-660-2264 or complete this online form.

How to Prove You Are Not At Fault in a Car Accident
Pedestrian Deaths
Hospital May Be Liable For Patient’s Death
Why Are Truck Accidents So Dangerous?
Is Speeding A Cause Of Accidents?
What Is The Most Common Motorcycle Injury?
Why You Need A Bicycle Accident Lawyer?
Can you sue for car accident?
What is the average settlement for a personal injury?
What Happens When A Bicycle Hits A Person?

Don't Worry, We Come To You!