Who is Liable For Your Rollover Accident in New York? 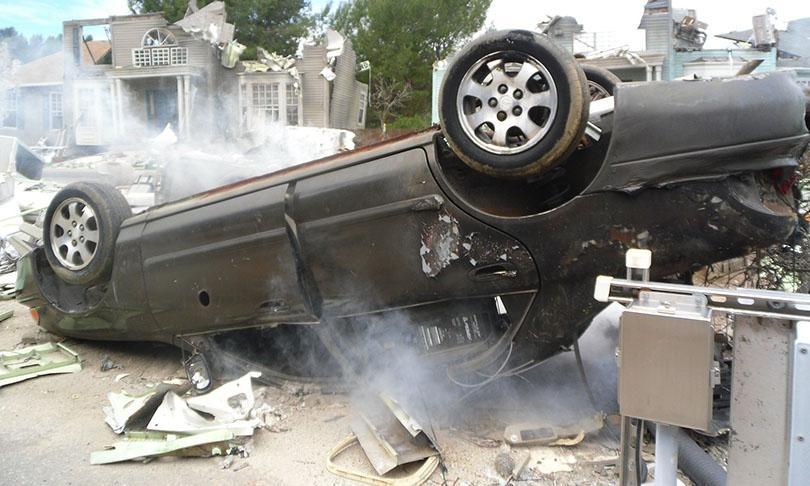 In recent years, there has been an increase in the number of lightweight trucks, vans, and Sport Utility Vehicles (SUVs) on the roads in the United States. Although they have been growing more popular, it is vital to remember that such vehicles with a higher center of gravity are more likely to be involved in rollover accidents.

The nature of a rollover is so deadly that anyone who isn’t wearing a seatbelt at the time of the crash is very likely to meet a tragic end. According to the National Highway Traffic Safety Administration (NHTSA), while head-on collisions are the most severe type of accident, rollover crashes come a close second.

Rollovers involve the flipping over or rolling over of a vehicle. There are two types of rollover accidents – tripped and untripped.

The likelihood of a rollover accident in New York City depends on the presence of certain risk factors such as the following:

A car’s stability is decided by how much space exists between its left and right tires and the vehicle’s center of gravity. A vehicle with a very high center of gravity or a narrow track width is more prone to rollover when making a quick turn. Vehicles that are narrow and tall – SUVs, vans and trucks – are therefore the most susceptible to rollovers.

A vehicle traveling at a high speed is more likely to rollover than one moving at a slower pace. Data shows that close to 75 percent of fatal rollovers occur when vehicles are moving at speeds of greater than 55 mph. The risk is even greater when a sharp turn is negotiated at these high speeds.

Driving Under the Influence of Alcohol

Data from SaferCar.gov shows that in close to 50% of rollover crashes, the driver was driving under the influence of alcohol. Alcohol interferes with the driver’s vision, judgment, and ability to execute driving maneuvers and so, it is not surprising that drunken driving is responsible for half of all rollover accidents.

Rain, snow, and ice can make a vehicle more unstable and increase the risk of a rollover accident. A sudden application of the brakes or jerking of the steering wheel is even more dangerous in poor weather and can cause the vehicle to flip.

Vehicles are fitted with several safety features such as airbags, seat belts, roll bars, and crumple zones to provide protection to the car occupants. In some cases, if these features fail to function as expected, it can lead to injuries.

How is Liability Determined in a Rollover Accident in NYC?

If a vehicle was being driven above the permitted speed limits or under the influence of alcohol or if it is a clear case of distracted driving, the accident may be attributed to negligent behavior of the driver.  In such cases, the accident victim is entitled to claim compensation from the driver who is at fault.

Apathy of a Government Agency

If you have been injured in a rollover accident in New York that was caused due to the poor condition of the roadways, you may be able to bring a lawsuit against the government agency that is responsible for the road’s maintenance.

A rollover accident may also be deemed to be the fault of the vehicle manufacturer if it can be proved that its design or faulty parts were responsible for the crash.

Vehicle Faults that Can Cause a New York Rollover Accident

A study of personal injury lawsuits that involve rollover crashes shows that the following are the most common vehicle faults that may be responsible:

In such accidents where a third party is involved, it may be possible to bring a lawsuit against the designer of the vehicle and its manufacturer.

Can Faulty Vehicle Parts be Considered Responsible for Rollover Accidents?

Based on what the research shows, automobile engineering experts recommend that vehicles must be designed to have a lower center of gravity and more space between the right and left tires. However, this is not really implemented by automakers as it would call for design changes that can turn quite expensive.

If the owner of a vehicle that was involved in a rollover accident blames the incident on a fault in the vehicle, they must be able to prove the following:

Modern automobiles come equipped with safety features that can help prevent rollover accidents. These features include:

If you or a loved one has been hurt in a rollover accident, it is important that you take steps to get compensation for the damages you suffered. Having a competent rollover accident attorney on your side can make a huge difference to the way your case proceeds.

Rollover accidents are more likely than other crashes to result in fatalities. This is primarily because the nature of this accident creates a huge stress on the roof of your vehicle. If the car has not been designed for adequate safety, the roof can cave in, killing the occupants of the car or causing severe injuries such as paraplegia or amputation injuries.

A skilled rollover accident lawyer in New York will be able to connect the nature of your injuries with the crashworthiness of the car’s design and this can make a huge difference to the amount of damages you can recover.

At Rosenberg, Minc, Falkoff & Wolff, LLP, our lawyers have several years of experience in representing victims of rollover accidents in NYC and winning them the compensation they deserve. We can help you identify which are all the parties that can be held liable for your accident.

Was another driver’s negligent driving directly responsible for the crash or were you forced to make a particular maneuver to avoid the danger posed by their driving? Was the accident caused in part due to poor roads or was there a problem with the design or the parts of the car that caused it to roll over?

We can connect with accident reconstruction experts who can provide expert testimony that helps to establish the liability of all the concerned parties and gets you the damages you have claimed. For a free review of your case, call Rosenberg, Minc, Falkoff & Wolff, LLP today at 1-800-660-2264 or contact us online.