U-Turn Accidents in NYC: Who is Liable? 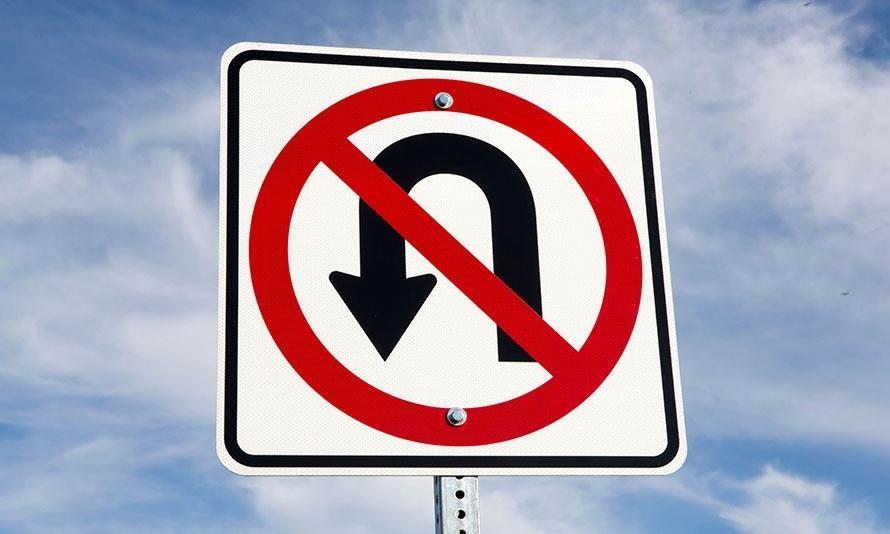 When driving in an unfamiliar area, it is not uncommon to miss taking the correct turn in the road. In such a situation, the car driver may try to make up for the error by making a U-turn to proceed in the opposite direction. This type of maneuver requires a lot of space and if the driver tries to execute it in a narrow space, or across several lanes of traffic, it can quickly turn dangerous and cause a horrific crash.

Injuries in such a u-turn accident in New York City are often quite serious and the person who performed the risky maneuver is generally considered to be liable although there may be exceptions in some cases. Make sure you have a competent u-turn accident attorney in NYC on your side to pursue your case for compensation against the negligent driver.

Why Can Making a U-turn be Dangerous in New York?

Making a u-turn can be difficult in any part of the country, but on the congested streets of NYC, it can lead to a fatal accident. To make a u-turn, you have to first slow down, then reverse and get into the turn. If the vehicles behind you are traveling too fast to brake in time, they could crash into the rear end of your car; often, such a situation could set off a chain reaction that ends up in a multi-car pileup with injuries to all the vehicles involved.

If you are trying to execute a u-turn, and another car slams into the side of your vehicle, it could easily result in a t-bone accident that severely injures the occupants of both cars. In situations when your u-turn is not sharp enough, you could end up drifting into the other lanes and get into the way of oncoming traffic, resulting in a sideswipe accident.

In some cases, bicyclists and pedestrians on the sidewalk at the point where you make the u-turn may also end up injured if your vehicle rams into them. A driver whose careless u-turn causes an accident is not just held liable for the accident, but may also have to face criminal charges.

The Legal Aspects of U-turns in New York

U-turns as such are not illegal in New York unless they occur in an area where such maneuvers have been specifically prohibited. Generally speaking, it is okay to make a u-turn in NYC when the traffic signal shows a glowing green arrow to turn left, provided you yield to other traffic that has the right of way. However, it is considered the responsibility of the driver to make the u-turn to check that there is no traffic approaching from either direction and to execute the turn in a safe manner.

In New York, U-turns are prohibited in the following areas:

What Injuries May Occur in an NYC U-turn Accident?

When vehicles collide in a u-turn accident, the initial impact causes the car occupants to slam against the inside structures of the vehicle. Passengers and drivers may hit each other too, leading to broken bones and head injuries. In crashes where the vehicles were traveling at high speeds, the u-turn accident may cause one or both cars to roll over and the drivers or passengers may get ejected from the cars causing even more dangerous injuries of the brain and the spinal cord or even amputation injuries.

In cases where a large truck loaded with goods is involved in a u-turn accident, the crash may cause the cargo to loosen and get thrown all around. This could cause lacerations, abrasions, broken bones, and other injuries to pedestrians, bicyclists, motorcyclists, and people in other cars too who were in the vicinity of the crash area.

Who is Considered Liable for a U-turn Crash in New York?

It is a general assumption that the person who made the u-turn will be held responsible for the accident. However, determining liability in such accidents is not so simple. In order to find out who was at fault, several factors are to be considered such as:

Only a careful study of all these aspects can help to fix liability. If you have been involved in a u-turn accident either as a victim or as the driver who made the u-turn, it is vital to have an expert personal injury lawyer on your side who can ensure that you get the justice that is due to you and the right level of compensation for the losses you suffered in the accident.

What Happens if You Were Partly Responsible for the U-turn Accident in New York?

In many u-turn accidents, it is found that a combination of several factors is responsible for the crash. Mistakes made by either driver could be considered as having contributed to the victim’s injuries.

This is where New York’s pure comparative fault rule comes into play to ensure that even if a driver has been partly responsible for the accident, they can still recover some damages for their injuries. Under this system, after the compensation award has been decided, the amount the driver actually receives will be reduced by the percentage of their fault.

Let us say that a driver is entitled to $20,000 of compensation as damages. If the jury concludes that this individual is responsible to the extent of 20% for causing the accident, that proportion of the money will be denied to them. However, they are still eligible to receive 80% of the compensation which translates into $16,000, which is no small figure.

Medical care expenses after an accident can run into thousands of dollars and depending on the severity of your injuries, you may need treatment for several months or even years after the accident. This is the reason why it is important to have an experienced NYC u-turn accident attorney to process your case so that you get whatever compensation is your legal right.

Tips on Making a Safe U-turn in New York

Given the chaotic traffic on the streets of New York, no one can predict when an accident may occur. However, it is certainly possible to drive in a safe manner so as to avoid making errors that lead to u-turn accidents. Here are a few tips to follow regarding making u-turns:

When you have been injured in an accident, the shock, pain, and suffering you undergo can make it difficult for you to think straight. Having to deal with the complicated legal steps necessary to claim compensation may seem overwhelming to deal with on your own. But with the right legal team representing you, it is certainly possible to get the maximum damages you deserve.

At Rosenberg, Minc, Falkoff & Wolff, LLP, our lawyers have several years of experience in helping clients who were injured in u-turn accidents. We understand how complicated such accidents can be and have a well-worked out process to try and get you the maximum possible compensation which you are entitled to receive.

Our personal injury lawyers will work with you every step of the way, in:

Even if you believe that you were partly to blame for the u-turn accident, there may be factors that you are unaware of that can be unearthed through a legal team’s investigation. So, it is important that you consult our personal lawyers in New York City at the earliest to find out how we can help you. To discuss the details of your u-turn accident case, get in touch with us today at 212-344-1000 or contact us online for a free consultation.