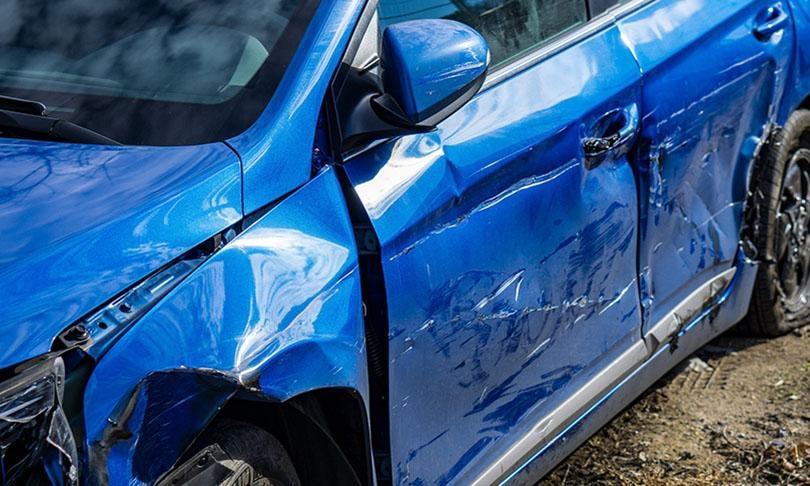 In recent years, car design has increasingly focused on safety features such as seatbelts, airbags, and bumpers to protect drivers and passengers. However, these aspects mostly cover the front and rear ends of the vehicle while leaving the side of the car comparatively unprotected.

When the front end of one car collides into the side of another vehicle, it leads to what is called a side-impact or T-bone or broadside crash.

These types of T-bone accidents can be dangerous even at speeds below 30 mph and it is estimated that every year thousands of fatalities in the US occur because of side-impact crashes. Although modern vehicles have crumple zones and other safety features, a side impact car collision with a larger vehicle such as a truck or with another car at high speed can result in serious personal injuries.

What Makes Side Impact Car Crashes in NYC Dangerous?

According to the Insurance Institute for Highway Safety (IIHS), side-impact car crashes are responsible for about one-fourth of all passenger vehicle occupant fatalities in the United States every year. Compared to the front and rear ends of the vehicle, the sides have very little space and this affects their capacity to absorb energy.

Most cars except a few of the very new models do not have side airbags and therefore, in the event of a collision, there is nothing other than the car door to protect the vehicle occupants from the oncoming vehicle. This is the main reason why side-impact crashes often lead to some of the most devastating injuries.

A study of the circumstances surrounding side-impact crashes shows that such accidents are far more likely to occur at traffic intersections. Negligent driving is more often than not the major cause of these crashes. Some of the scenarios resulting in a T-bone accident include a motorist:

In 2018, the National Highway Traffic Safety Administration (NHTSA) conducted a study of accidents that occur at intersections. The findings showed that driver error was responsible for 96% of the crashes and this included driver behavior such as:

While intersections are the most common spot for side-impact car collisions in New York, such accidents are equally likely to occur on a highway when drivers lose control of their vehicles. A vehicle that skids sideways may crash into other cars on the road, leading to a T-bone accident.

T-bone crashes have also been known to occur in parking lots when a reckless driver strikes the car that is being backed out of its parking space.

What Are the Common Injuries in Side Impact Collisions?

During a side-impact crash, the momentum of the crash causes the body of the car occupant to accelerate although their head stays static. As a result, the neck region is forced to absorb most of the shock, and this makes neck and spinal injuries the most common outcome of a T-bone accident.

When the ligaments and muscles in the neck get stretched beyond their capacity, the head tries to compensate by pulling the neck back to its original position, and this leads to whiplash that can cause severe damage to the discs and nerve roots of the cervical spine.

The sudden change in direction of the head and neck that occurs during a side impact collision can also cause the brain to hit the inner surfaces of the skull. This leads to the most common type of traumatic brain injury called a concussion. Not all persons who suffer a concussion will become unconscious or appear to be seriously injured.

However, there can be severe bruising of the brain which can gradually lead to a paralysis of all the senses. Mild concussions cause mental confusion that generally clears up within 15 minutes; moderate concussion effects last longer and may be accompanied by memory loss and difficulty in moving.

The faster a concussion is treated, the less catastrophic its effects are likely to be. Untreated concussions may often lead to permanent brain damage.

In side-impact crashes, the persons on the side of the car that was not struck are more likely to suffer from injuries to the chest and limbs. These injuries are an outcome of colliding with the persons seated next to them. In some cases, they may also result due to impact with the pillar that’s right behind the front door to which the seatbelt has been anchored.

Who is Responsible for a Side Impact Crash in New York?

The exact circumstances that led to a side-impact crash will determine who is responsible for the collision. Generally, one or more of the following parties will be investigated for liability:

The Drivers Involved in the Crash

Either one or both of the drivers involved in the T-bone collision may be at fault. Generally, the driver who illegally runs through light is far more likely to be held liable irrespective of whether they were the striking car or the one that got struck.

Another Driver at the Crash Site

If one driver makes an incorrect left turn, it can cause the oncoming car driver to swerve in order to avoid a crash. Now if the oncoming car strikes another vehicle and causes a side-impact car collision, although it was their car that struck the third vehicle, the first driver who was not involved in the crash can still be held liable because it was their actions that caused this entire cascade of events resulting in the accident.

In accidents where an investigation reveals that the T-bone collision was due to faulty parts in the car such as a stuck accelerator or faulty brakes, the carmaker can also be held partially or fully liable for the losses sustained by the crash victim. In such cases, your car accident lawyer will explore the possibility of using product liability laws to hold the car manufacturer responsible for the injuries you sustained.

Why is it Important to Hire a Skilled Side-Impact Accident Lawyer in New York?

Determining liability in a side impact accident in NYC is not a simple task. It is quite likely that although you were correctly moving through a green light, you perhaps failed to glance at your left and right sides and therefore did not notice another driver who ran through a red light. While the errant driver is definitely at fault for the accident, you may also be held partly responsible because you did not stop sooner.

All such types of points are often brought out by insurance adjusters or the defendant to try and reduce the number of damages awarded to you in the settlement of your personal injury claim. It can be difficult for you as an individual to comprehend and deal with such nuances and this is where having an expert and experienced side-impact accident attorney in NYC can make a huge difference to your case.

Being hurt in a side-impact crash can be a huge shock not just physically but also emotionally. Soon after such an accident, it is vital that you seek medical attention to deal with your injuries. At the same time, it is equally important that you proceed to take legal action against the errant parties who were responsible for your loss and suffering.

At Rosenberg, Minc, Falkoff & Wolff, LLP, we understand that it can be difficult to do this when you are still preoccupied with your medical treatment. When you hire our experienced T-bone accident lawyers, you can rest assured that we will carry out a thorough, independent investigation of the crash to collect all the relevant evidence to build you a strong case. This will help you get an estimate of the compensation to which you are entitled whether it is through negotiation with the insurance providers or through a court trial.

Our compassionate and competent car accident attorneys have several years of experience with side-impact collisions in NYC and we can help you pursue your personal injury claim to receive the damages that you rightfully deserve. Call us today at 212-344-1000 or contact us online for a free and confidential case review.