Liability in a Multi-Vehicle Crash in New York 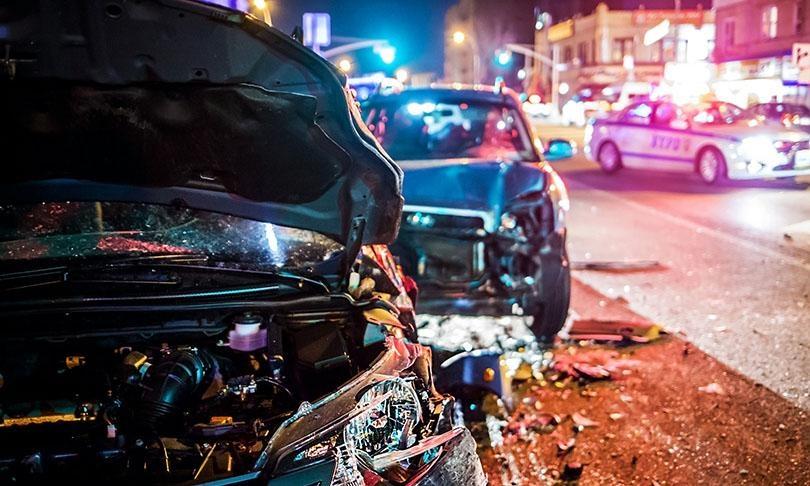 Multi-car accidents are said to occur when more than two motorcycles, cars, trucks, or other passenger or commercial vehicles are involved in an accident. They are also known as multi-car pileups. It doesn’t matter whether the crash involves three or four or more vehicles; it will be referred to as a multi-vehicle crash.

Multiple car crashes are of various types – intersection collisions, rear-end accidents, and lane change impacts are among the more common types. The probability of serious injuries and death in these chain-reaction collisions is directly proportional to the number of individuals and vehicles involved.

Emergency responders may find it challenging to reach the injured in time and get them to the nearest hospital. There is a greater likelihood of fire, explosion due to gas leaks in multi-car pileups.

It is not easy to determine liability in multi-car pileups since it can be difficult to identify the car with the most damage. Ultimately, the fault needs to be established on an individual vehicle basis. There are certain general principles that help. For starters, you should identify the type of multi-car crash and individual motorist actions.

The fault is Usually of the First Car that Rear-Ends

Principles of fault are going to remain the same in basic rear-end car crashes in New York. The first car that runs into the bumper of another vehicle is usually the one at fault. This is because in most instances the rear vehicle has the best opportunity to avoid the collision. Rear vehicles can drive at safe speeds, keep safe distances, take evasive actions, and know what’s in front. An accident may be caused if any of these actions are not taken.

For example, imagine a scenario in which the lead car and three cars behind it come to a complete halt without running into anything or anyone. But, the fifth and the last vehicle hit the car in front which starts a chain reaction. In this, the fifth driver would be at fault for the entire multi-car rear-end accident.

Fault Can be of Multiple Car Drivers

These are a few examples describing comparative negligence.

Sometimes, in a multi-vehicle crash, everybody agrees to what happened. However, this may not always be the case. Many times, witnesses and everybody involved have slightly different accounts to tell. You would need to compare the physical evidence with all witness accounts to determine exactly what happened.

Damage to individual vehicles, the number of impacts felt by each driver, and the timing of the impacts are a few things to consider. It would take a committed car accident lawyer to piece these multiple pieces of information together.

The driver crossing into the lane of the other driver is usually at fault in a head-on collision. Driver drifting into oncoming traffic is a common situation where head-on collisions may result in multi-car pileups. The car in the wrong lane may hit an oncoming vehicle which starts a chain reaction of rear-end collisions.

Intersection crashes are common multi-vehicle accidents as well. Common forms of intersection collisions involve running a traffic control device or left turns. These accidents are explained in detail below:

Multi-Vehicle Intersection Accident Because of Running a Traffic Control Device

When cars at an intersection run a stop sign, red light, or any other traffic control device, the car would always be found to be at fault for causing the crash. However, other cars may also be at fault in this type of multi-vehicle pileup.

This type of accident usually occurs when a vehicle is waiting to make a left turn but there is oncoming traffic at the intersection. The car making the left turn may hit another car or get hit by a car crossing in front of it.

One of the cars may then collide with another causing a multi-car crash. In this situation, determining who is at fault will involve identifying whether the car making the left turn had the right of way or not. If the vehicle that made the left turn did not have the right of way, it would be the car’s fault.

Of course, this doesn’t mean that other vehicles are going to be total without fault. Their fault may depend on whether they had a viable opportunity to prevent the crash or if they were speeding.

Multi-car accidents in New York City may be caused if two cars are going in the same direction and if one of the cars clips the other while changing lanes causing it to run into other vehicles. The car changing lanes would be held responsible in this situation for causing the multi-car pileup. On rare occasions, other cars involved in the accident may also have responsibility.

There are various sources that may help you identify the at-fault party or the order of impact irrespective of how the chain reaction accident plays out. These are a few sources that can offer useful accounts:

Sophisticated technology and leading experts are used by a multi-car accident lawyer for establishing the at-fault party for the accident. The attorney would examine available camera footage of the crash meticulously. They will also question eyewitnesses after locating them. This includes other motorists and passengers.

Your New York personal injury attorney will review the police report completely and check whether any drivers have changed their statements since the accident. Generally, initial statements point towards the other driver. This is neither unexpected nor unusual. Your lawyer will get a better outlook on your claim by gathering evidence that shows you were not responsible for the accident.

There are 13 states including New York that operate on a “pure” comparative fault law. This means that you can recover 1% damage from the other party that directly contributed to your injuries even if you were 99% responsible for the accident and injuries.

The rule of several and joint liability is followed when multiple parties are established as defendants. In New York, the rule permits the plaintiff to hold each tortfeasor or defendant responsible for the full amount of damages either individually or collectively.

This law doesn’t regard the degree of fault as the plaintiff may collect the entire judgment from any of the at-fault parties or from all in varying amounts. In many cases, a tortfeasor who is only 1% responsible for the victim’s injuries may be forced to pay 100% of the judgment to the plaintiff. However, this is usually in the case where other defendants show they don’t have the funds.

We can build a strong case that persuades the jury to take account of the correct interpretation of facts. Get in touch with a multi-vehicle accident attorney at Rosenberg, Minc, Falkoff & Wolff if you or a loved one was injured in an accident in which multiple parties were negligent. Give a personal injury lawyer in New York today at 212-344-1000 or contact us online.