How Prevalent is Drowsy Driving in New York? 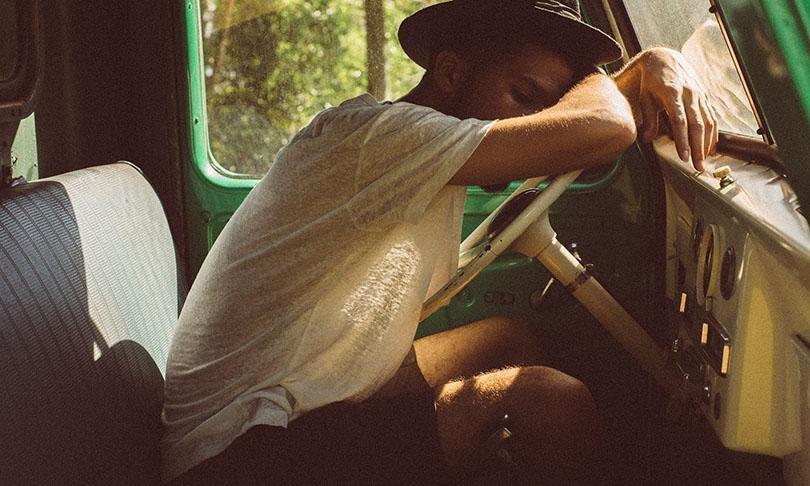 Drowsy driving happens when an automobile driver is too sleepy or tired to remain vigilant on the roads. The motorist in this situation doesn’t have regular reaction times. They may have impaired thinking and reduced alertness. Drowsy driving may result in the driver falling asleep behind the wheel as well.

In New York, drowsy driving is a major problem. The dangers, results, and risks associated with drowsy driving are tragic and alarming. It is a dangerous combination of fatigue, sleep, and driving. Drowsy driving usually occurs when the driver hasn’t slept enough. However, it can also happen because of medications, untreated sleep disorders, shift work, and alcohol consumption.

Nobody really knows the exact moment when sleep overcomes their consciousness. It is dangerous to fall asleep at the wheel. However, being drowsy also impairs a person’s ability to drive safely. This is what drowsiness does to the human body:

Frequency of Americans Falling Asleep at the Wheel

According to a recent survey conducted in 20 states involving 150,000 adults:

According to the US National Highway Traffic Safety Administration (NHTSA) more than 1,500 deaths and at least 100,000 automobile crashes occur because of drowsy driving. 71,000 of the accidents resulted in non-fatal injuries.

Accidents related to drowsy driving result in an estimated loss of about $12.5 billion annually. Generally, drowsy driving is not reported by the police in accident reports unless the driver admits to falling asleep on the wheel. As per the National Sleep Foundation, more than 50% adult drivers in the US admit to drowsy driving consistently.

At least 20% admitted to falling asleep while driving in the last year and more than 40% reported it happened at some point in their driving life.

Recent research suggests that drivers without ample amount of rest are highly likely to meet with an accident as compared to someone who slept for an adequate amount.

Victims of drowsy driving crashes can use accident recreation reports, eyewitness accounts, and physical evidence to prove that the driver was fatigued and hence negligent. This can be used to build a case against the driver and seek compensation.

Drowsy driving accidents are usually more common early in the morning and late at night. This is because it affects the body’s natural sleep cycle. Sleep tends to peak for some people in the middle of the afternoon as well. This is especially true for older adults.

Drowsy or tired drivers have slower reflexes and don’t make an effort to avoid an accident or brake.

Poor sleep or loss of even a night’s sleep can place people at a risk of drowsy driving. However, few people are at a higher risk than others.

People with untreated narcolepsy or obstructive sleep apnea are at a higher risk of falling asleep while driving. Severe daytime sleepiness is a major side effect of sleep apnea. Narcolepsy can cause people to suddenly fall asleep increasing the risk of accidents.

Certain medications have drowsiness as a side effect. People driving after taking medications are at a higher risk of falling asleep at the wheel.

Teenage boys or those in their 20s and 30s are at a higher risk of being involved in a drowsy accident. In general, these accidents take place between 11 and 8 in the night.

Warning Signs of Being Drowsy

Turning up the volume on car speakers or rolling down the windows can help increase a motorist’s alertness while driving. These are a few other ways to reduce the risk of drowsy driving:

Drowsy driving is similar to driving while intoxicated in various ways. Drivers who are impaired by alcohol or fatigue tend to experience constant yawning, heavy eyelids, trouble focusing, head bobbing, drifting between lanes, crossing center line and inability to recall the past few minutes of driving.

Driver’s ability to sustain attention, reaction times, make decision and recognize hazards becomes worse in both drunken and drowsy driving. In fact, it increases as the level of sleeplessness and intoxication increases.

Drunk or drowsy drivers experience short and involuntary bursts of inattention as well in the form of “micro sleep.” This is when they nod off in short bursts and eventually pass out if the impairment continues or increases.

Unfortunately, drivers who are drowsy cannot be identified through blood or urine tests. They have a surge of adrenaline after the crash if they are not seriously injured. They may even appear alert for the longest period of time.

However, a tell-tale sign of a motorist driving while asleep or drowsy behind the wheel is that they fail to swerve or brake to avoid the crash. Drowsy driving tends to occur more often at mid-afternoon or midnight on rural or high-speed roads where there are long stretches of open roads.

In most instances a sleepy driver is alone and traveling at high speeds. This causes the accidents to often result in catastrophic injuries or even death.

Driving while drowsy is not just careless, but also dangerous. Negligent drivers that cause a car crash because of drowsy driving can be found responsible for the damages and injuries caused. This makes it important for you to seek the counsel of an experienced and knowledgeable personal injury lawyer. You would have questions if you or a loved one was injured in a car accident as a result of the negligence, fault or carelessness of a drowsy driver.

The attorneys at Rosenberg, Minc, Falkoff & Wolff, LLP have all the answers you need. You may get contacted by an adjuster from the insurance company of the motorist. This is to get a version of your side of things. You need to submit claim forms if you want to receive benefits for lost wages or medical expenses. We are aware of the things that need to be done and can help you through the entire process. Your claim should be the last thing you have to worry about.

Remember, whatever the adjuster says, the insurance company is not your side. You do not want to entrust them with your claim without consulting with an attorney first. Insurance adjusters look for reasons to deny claims and terminate benefits at the earliest. An integral component of their job is to ensure that the company spends as little as possible on the overall claim. They will also try to get to you to settle for far less than the amount you are entitled to.

The legal team at Rosenberg, Minc, Falkoff & Wolff, LLP has skilled drowsy driving car accident attorneys who have helped thousands of accident victims across the New York metropolitan. We have a deep understanding of the law and can discuss your case for free during the initial evaluation. Give us a call at 212-344-1000 to schedule an appointment.