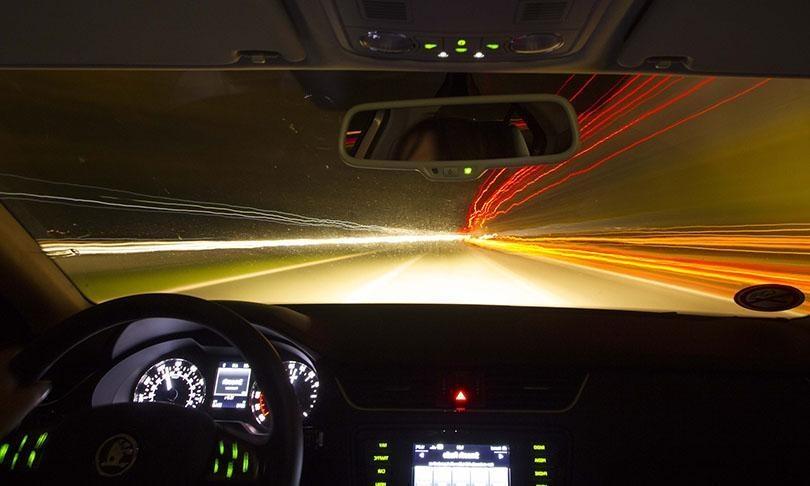 The conventional view regarding automobile accidents held that they were inevitable, and therefore, safety systems were developed to keep the car driver and the passengers safe. Features such as seat belts and airbags were developed in order to mitigate the risk of a severe injury or fatality in the event of a crash. With advancements in the field of automobile technology, however, it is now possible to prevent accidents from happening in the first place.

Data from the National Highway Traffic Safety Administration (NHTSA) shows that in 2016 alone, there were 37,461 deaths that result from 34,439 accidents. Over the years, despite vehicle safety features becoming more sophisticated, car accidents continue to claim an increasing number of victims.

NHTSA statistics also show that the major cause of car accidents is distracted driving. Drivers that use their cell phones to text, talk, and check their social media feeds can lose focus on the road and their distraction may often prove to be fatal. Other activities such as fiddling with the music system, talking to other passengers in the car, and eating or drinking while at the wheel are also highly distracting and a driver who indulges in these while driving is at greater risk of causing a collision.

Using technology, automobile system experts have therefore focused their efforts on building crash avoidance systems that can considerably decrease not just the rate of fatalities in collisions, but also reduce the overall probability of auto accidents in New York. In such a situation, crash mitigation systems that work to notify drivers of an imminent collision are definitely necessary, and these systems may help save several thousand from being injured in a car crash.

Automobile makers have now developed newer types of safety systems that can avoid a crash from occurring. Some of these systems have the ability to give a warning of an imminent collision so that the driver can act accordingly to avoid it. More advanced systems can even act on the warning without the intervention of the driver to automatically apply the brakes. These types of safety features can play a significant role in preventing crashes or, at the very least, they can help to reduce the impact a collision causes.

Crash avoidance systems can be of different types based on the type of tools they employ to detect hazards and warn drivers. Most such systems make use of sensors, cameras, radars of short and long-range, and laser systems to sense an imminent collision and provide a warning to the driver by a:

Some systems are so advanced that in case the driver does not notice and act upon this warning within a set time, the system itself automatically applies the brakes to stop the car. Here is a short description of some of the latest crash avoidance technologies that have been developed over the years to minimize the risk of auto accidents.

As the name indicates, this is a system that emits a warning when a driver exceeds the speed limits. Using GPS, the system locates the vehicle, and using digital maps of the area where you are driving, it determines if you are driving above the permitted speeds. Most systems have an upper limit that is set about 2 MPH over the prescribed speed limit; once a driver exceeds this, the collision avoidance system emits a warning signal.

Certain systems combine the intelligent speed assist with a speed limiting mechanism that works to prevent the vehicle from being driven above the speed limit. When a driver is speeding either deliberately or without realizing it despite the warning from the system, the intelligent speed assist can exert an increasing amount of pressure on the accelerator so that the driver is not able to speed any further.

The purpose of the FCW safety feature is to decrease the possibility of a frontal collision. FCW systems comprise a mechanism that makes use of laser, radar, and a camera. This system is fitted to the vehicle’s hood, giving it the ability to sense a collision and emit a warning. The Insurance Institute for Highway Safety estimates that FCW systems can cut the risk of rear-end crashes by up to 27%.

This feature proves most useful in conditions where a driver is speeding and fails to maintain the necessary safe distance from the vehicles in front of their car. It also comes in handy to prevent a frontal crash if you are caught off guard when the vehicle in front suddenly comes to a stop or slows down to make a turn without signaling.

AEB systems generally work in tandem with FCW systems that detect an imminent collision and warn the driver. If the driver fails to respond to the warning inputs of the FCW system, the AEB kicks in to spontaneously apply the brakes. This action can prevent collisions or at least serve to reduce the impact of the crash.

Changing lanes in an unpredictable manner or drifting into an adjacent lane is one of the common causes of auto accidents. A lane departure warning system therefore can be crucial in avoiding such collisions. As the name indicates, this system uses a camera mounted on the car’s windshield to monitor how close you are to the lane marking.

If you get too close to the marking, it warns you through lights on the dashboard or a beeping sound or vibrations in your car’s steering wheel or seatbelt. If you do not respond to the warning, the lane departure warning system is equipped to automatically apply the brakes and turn your vehicle’s steering wheel to bring your car back into the safe part of the lane.

Every vehicle comes with its specific blind spots. You generally cannot see what is in the area that is diagonally or directly behind the car and this can be a hurdle especially when switching lanes or backing up.

Blindspot warning systems have a radar or a camera that is designed to check for the presence of objects in such blind spots and can warn the driver. The warning leads the driver to pause and look back to check for what is the obstacle in the area and according to the Insurance Institute for Highway Safety, such systems have brought about a 14% drop in accidents caused during lane changes.

Data over the years shows that almost 40% of fatal car crashes are caused due to a driver losing control of their vehicle and skidding into something on the road. Loss of control over the vehicle typically occurs when a driver is speeding when approaching a curve. It may also occur if another vehicle suddenly cuts in front of you, or if you fail to notice an obstacle that’s in your path. Sometimes an animal or a young child on a bicycle may suddenly run into your car.

ESC systems have built-in traction control and anti-skid mechanisms. This can help protect your car against collisions that may result when you under-steer or over-steer the vehicle.

While car crash avoidance technologies are designed to assist you to drive better, it is important to remember that they cannot be a substitute for the human driver’s skill and judgment. Like any other technology, crash avoidance systems may undergo a malfunction too and if this happens, they may actually be the cause of an accident they were intended to prevent.

For example, the camera fitted to lane departure warning systems may detect older lane markers and give wrong inputs to the driver. A driver who relies blindly on this technology without using their common sense or intuition is actually at a greater risk of causing an accident.

Collision avoidance systems may also give false alarms and cause a driver who is already in an emergency to further panic, increasing the likelihood of a wrong action that may lead to a fatal crash.

If you have been involved in a car accident caused due to a failure of another vehicle’s collision avoidance system, the driver is still considered liable for the crash. If you or a loved one has been injured in such an accident, get in touch with our experienced car accident attorneys in NYC at Rosenberg, Minc, Falkoff & Wolff, LLP.

Our team of competent and skilled auto accident attorneys will investigate your case and help you negotiate with insurance providers. We have decades of experience in dealing with car accidents in New York, and our team of lawyers can ensure that you get the compensation you deserve for the injuries and damages you suffered in the collision. We encourage you to call us at 212-344-1000 to schedule a free consultation in order to explore the best legal options available in your case.