Head-On Collisions in NYC: Who is Liable? 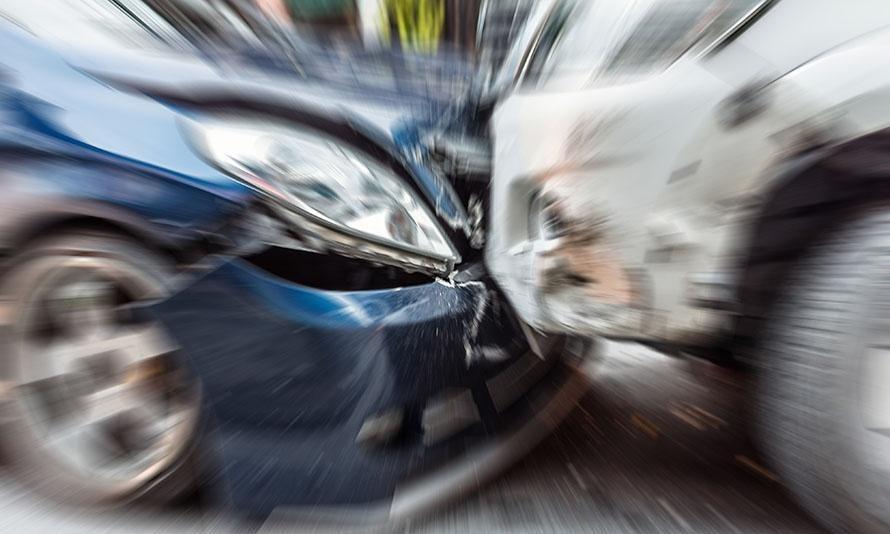 Research from the National Highway Traffic Safety Administration (NHTSA) has shown that the risk of a head-on collision is greatest at intersections. This happens because when traffic flows in opposite directions, vehicles that cross the center line may hit another vehicle traveling in the opposite direction. Sometimes, a car going the wrong way on a one-way lane can also cause a head-on collision.

Whatever the cause, the outcome of such accidents in New York is often fatal or at the very least, it results in injuries and trauma that are life-altering for the victims. Understanding who is liable for a head-on collision in New York City is important to be able to decide how to proceed to claim damages for your injuries.

What Conditions are Responsible for a Head-on Collision in NYC?

Data from a study by the American Association of State Highway and Transportation Officials (AASHTO) showed that 75 percent of head-on collisions occur on roads in rural areas and on two-lane roads that do not have a divider to separate the lanes. A two-lane, undivided road in the rural area is likely to be responsible for 83 percent of the head-on collisions.

Besides the nature of the road structure, the other top reason for head-on collisions in New York is driver distraction. Driving is an act that requires quick thinking and equally rapid reflexes to execute the decision that the brain makes after assessing the situation. When a driver’s attention is not fully focused on the road, their brain cannot make that quick judgment of the circumstances to correct their vehicle’s movement, and this may result in an ugly crash.

Distraction is quite common when the driver is:

Why are Head-on Collisions in New York City Dangerous?

Head-on collisions make up a small part of motor vehicle accidents, but they account for a majority of fatalities. When vehicles traveling at high speeds in opposite directions crash into each other, the results are far more disastrous than a rear-end crash or a sideswipe collision.

Head-on collisions may cause severe types of injury that are often life-altering. Some examples of such injuries include:

Who is Considered Liable in Head-on Collisions?

When driving on the roads of New York, it is expected that all drivers will exercise due care to stay in their designated lanes. When one driver erroneously moves out of their lane and into another lane to crash with the driver coming from the opposite direction, it is the former who will be considered responsible for the crash.

If the driver thus at fault for the crash claims that it was a third driver that hit their vehicle, causing them to collide with you, it is quite likely that this third driver may also be found liable for the accident.

If you were injured in a head-on collision, you will have to provide evidence of the negligence of the other driver to be able to receive damages for your accident. Now, this is very difficult for you to do on your own, but it is easy for an experienced NY head-on collision attorney who can procure footage from traffic cameras, and get testimony from eyewitnesses as well as accident reconstruction specialists to prove the fault of the other driver.

In some instances, the driver at fault may claim that the collision was the result of a problem with their vehicle. Whether you are the victim of such an accident, or the driver who is being considered at fault for the accident, if a vehicle malfunction caused the accident, it is possible to hold the vehicle manufacturer liable. To be able to do this, you will have to prove that there was indeed something defective in the car.

These incidents are covered under the liability laws of New York State and every entity, right from the manufacturer to the dealer to the repair shop that serviced or repaired the vehicle may be considered responsible for the crash. Dealing with the car manufacturing company or dealer or distributor or repair shop is not a simple task for an average citizen and having a competent New York City head-on collision lawyer to represent you can make a huge difference to the amount of compensation that you win.

Can You Sue a Government Agency for a NY Head-on Collision?

Some accidents are caused because of a fault in the inherent design of the roadway. For example, if the median is too narrow or if the road turns in a very sharp manner, it can make it difficult for the driver to avoid a crash. Lack of adequate road signage, obstructions on the road, and other faulty road conditions in New York may trigger a head-on collision.

In these circumstances, it is possible to file a lawsuit against the government entity that is responsible for the design, construction, and maintenance of the road where the accident occurred. In some instances, if the government agency had outsourced the road-related activities to a contractor, they may also be held liable for your injuries.

However, unlike claiming damages from your own insurance company or from the other party at fault for your accident, suing a government body may appear to be a complex and highly intimidating prospect. But with a qualified and seasoned attorney, it is certainly possible to claim and receive the compensation you rightfully deserve even from such agencies.

What Damages Can Be Recovered in a Head-on Collision Personal Injury Case?

If you or a loved one has been injured in a head-on collision in New York, the law entitles you to recover damages for the following:

Sometimes, a person who was injured in a head-on collision may pass away from their injuries. In such cases, it is possible to recover damages from the negligent party by filing a wrongful death lawsuit to get compensation for the situations arising due to the death.

What Steps Can You Take to Make a Strong Case?

If you have been seriously injured in a head-on collision in New York, the priority is to get medical attention so that you recover your physical health at the earliest. Along with this, here are a few things you can do to build yourself a strong case right from the moment of the crash:

Being injured in a head-on collision in New York can be a harrowing experience. When your injuries are so severe that you need extensive medical treatment over several months or years, it is important that you make the other party pay for the damage they caused you.

Oftentimes, the insurance company representing the party at fault will approach accident victims to offer a settlement. While the amount they propose may appear significant, you must remember that it is very likely to be a paltry amount compared to what you actually deserve. Negotiating with the insurance adjusters is not an easy task, and you may find yourself tricked into accepting a settlement that is a mere fraction of what your case is actually worth.

At Rosenberg, Minc, Falkoff & Wolff, LLP, our compassionate head-on collision attorneys have helped several clients gain the true compensation they deserve. Whether you decide to negotiate with the insurers for a settlement or to take your case to a court trial, we will help you build a strong case that gets you the maximum possible compensation.

To learn more about how we can help you, contact us today at 212-344-1000 or contact us online for a free, no-obligation case review.