Dangers of Tailgating Accident And Injury in New York 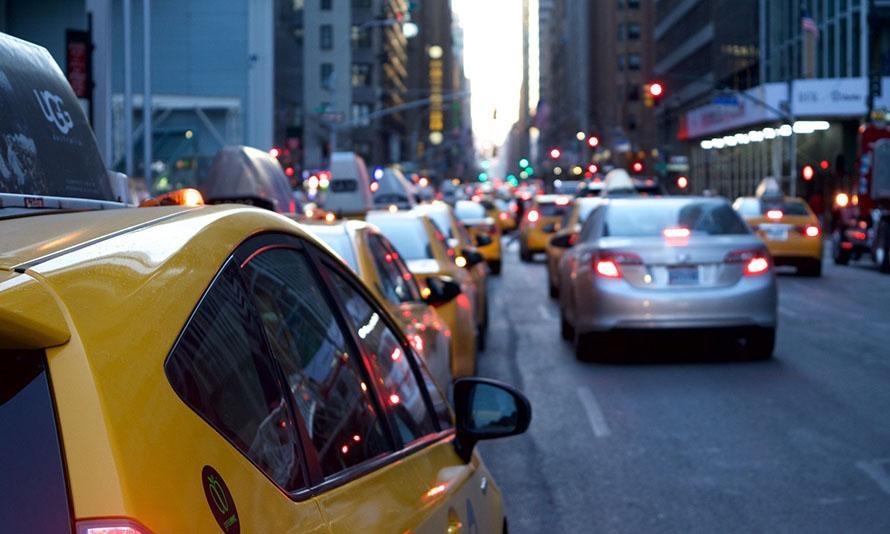 Statistics show that road rage is responsible for almost one in three car accidents in the United States. While speeding and changing lanes abruptly without signaling are dangerous forms of road rage, tailgating is perhaps the type of road rage that can easily turn catastrophic. If a car driver on the road stops all of a sudden, tailgaters who are following too close behind this car will probably slam into the rear of the in-front vehicle.

Whether this hazardous driving pattern is due to ignorance or impatience or trying to make up for a lost time, tailgating accidents in New York can lead to serious injuries.

Why it Can be Dangerous to Tailgate in New York

No driver can predict what obstacle may cause the car in front of them to suddenly stop. If this driver is tailgating, the fact that there is hardly any space between their car and the one ahead of them means a heightened risk of a rear-end tailgating accident.

On the busy streets of New York City where cars are close behind each other, one incident of tailgating may easily set off a multi-car pileup. Rear-end accidents are far more likely to result in serious disfigurement, back and neck injuries, fractures, whiplash, spinal injuries, and even permanent paralysis or disablement.

The bigger your vehicle, the longer is the time it requires to come to a complete stop after you have applied the brakes. The faster you are driving, the more difficult it is for your vehicle to come to a complete stop after the brakes have been applied. If you are not sufficiently behind the vehicle in front of you, when they suddenly decelerate, it can be impossible to avoid colliding into them.

Tailgating is always dangerous, but it poses far greater risks when the road conditions are poor due to snow or rain. When you follow another car too closely, even if you have your eyes fixed on it, you may not be able to get your vehicle to stop in time to avoid a rear-end crash.

If you tailgate a huge trailer or commercial truck while driving at high speeds, your car may easily slide below the larger vehicle, and such crashes can be devastating or result in fatalities.

Reasons Why Drivers Indulge in Tailgating in New York

Tailgating accidents in NYC can occur due to a variety of reasons. These may include:

There are three common timing indicators that one may follow to stay a safe distance away from the vehicle in front of you. These tailgate timing rules are the 2-second rule, the 4-second rule, and the 10-second rule.

Choose a fixed point and measure a distance worth 2 seconds between your vehicle and the one in front of you. This means that at any given point in time, your vehicle will come to that fixed point 2 seconds after the car ahead of you did.

When road conditions are poor due to snow or rain, increase the distance between your car and the one ahead of you so that you reach the fixed point four seconds after the car in front does so.

When road conditions are extremely bad, there is an even greater chance of accidents. So drivers must maintain at least a 10-seconds worth of distance between their vehicle and the one they are following.

How to Reduce the Possibility of a Tailgating Accident in New York?

However, there is certainly a lot you can do about how you react to their tailgating. As a responsible driver, here are a few tips you can follow to avoid a tailgating accident in New York:

Do not make eye contact with the tailgater or gesture at them. Simply pull your car into the adjacent lane, and give the tailgater the space to pass you. Once they move in front of you, stay alert to maintaining enough of space between your vehicle and theirs. Letting a tailgater ‘win’ may be frustrating, but is well worth it if it can help you avoid getting into a crash.

When a car is tailgating you, if you tap the brakes of your car, it could lead to a nasty crash. Even if this doesn’t happen, you run the risk of triggering even more aggressive driving behavior in the driver behind you.

As long as you are not driving on congested roads or in bad weather, try to maintain an even speed that is ideal to allow all vehicles to move smoothly. Drivers who move too slowly and at a level below the speed limit often act as triggers for tailgating.

Keep Your Car in the Right Lane

When you are driving on a two-lane highway, it is the right lane that is considered the slow lane. Since this is a universally accepted fact, it is quite likely that a tailgater will not enter this part of the road. If you are worried about being tailgated, stick to driving in the right lane, unless you have to make a left turn at an upcoming intersection or into a private driveway.

Get Details of the Tailgater’s Vehicle

If possible, note down details of the tailgater’s car – make, model, and license plate number – and provide the information to any police officer you meet on the road. This information will come in handy in case you decide to file a police report.

Who is Responsible for a Tailgating Crash in NYC?

Under New York law, tailgating is considered a violation of the Vehicle and Traffic Law that requires all motorists to allow sufficient space between their vehicle and the one in front of them. Therefore, in most tailgating crashes, it is the tailgater who is likely to be held responsible for the accident.

However, if you as the lead driver caused some condition to develop that made it difficult for the tailgater to avoid the crash, you may also be held partly responsible for it. When a lead driver cuts off the driver behind them or stops suddenly for no valid reasons, they make it impossible for even the most skilled of drivers to avoid a collision.

However, even if you are partially at fault for the tailgating accident, under New York law, you are allowed to recover compensation for the damages you suffered, less the percentage of your contribution to the crash. So even if you are worried about your role in a tailgating accident in New York, it makes sense to seek legal help to find out how much you are likely to recover in damages.

Get in Touch with a Dedicated Tailgating Accident Attorney in NYC

If you or a loved one has been injured in a tailgating accident in NYC, the first thing you should do is to seek medical help to deal with your injuries. Maintain records of the expenses you have to bear for your treatment and medication. You must also collect and preserve any evidence of the damage your vehicle sustained in the crash.

As soon as reasonably possible, get in touch with an experienced car accident attorney who can help you determine if you have a valid case to file for compensation for your damages. If you have suffered injuries that have caused you to take time off from work, you may be eligible to recover for lost wages too.

At Rosenberg, Minc, Falkoff & Wolff, LLP, our car accident personal injury lawyers have decades of experience in handling tailgating crashes. Whether you seek to pursue a lawsuit against the offending driver or want to drive a hard bargain with their insurance adjuster, we can help ensure that you get the compensation to which you are entitled.

To know more about how we can work together, call Rosenberg, Minc, Falkoff & Wolff, LLP today at 1-800-660-2264 or contact us online for a free and confidential consultation.