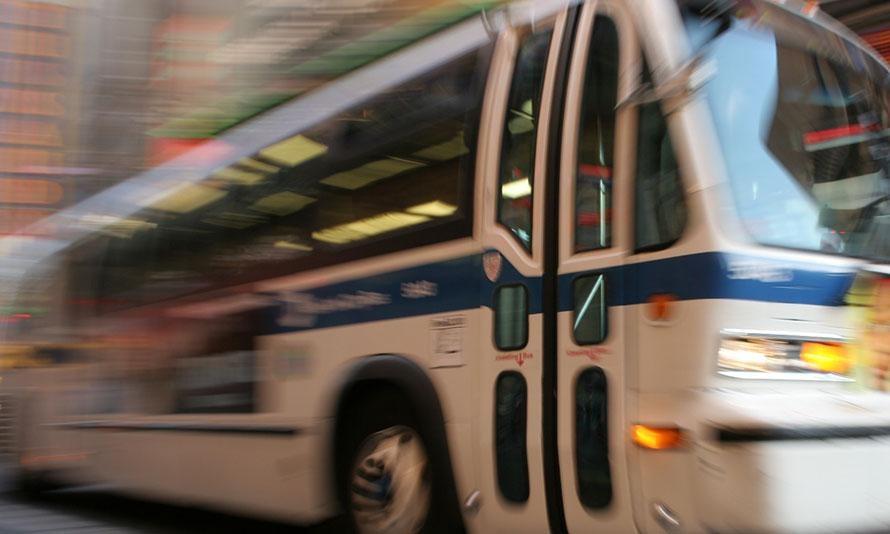 Every day, millions of people in New York rely on the public bus transportation system to get to school, work, or any other place. On the congested streets of New York, bus accidents can create immense havoc, and leave several people severely injured. If you have been involved in a bus accident, whether as a passenger in the bus or as another motor vehicle driver, it can be quite confusing for you to understand if you are entitled to compensation. Read on to find answers to the most common questions regarding bus accidents in New York City.

What Are the Common Types of Injuries in NYC Bus Accidents?

Buses are large in size and weigh a lot more than other vehicles on the road. As a result, they hold the potential to cause severe injuries when they collide with another vehicle on the road or with pedestrians. In most cases, the persons in the car struck by the bus or the pedestrians a bus hits will be more seriously injured than persons inside the bus. However, there can be exceptions, and based on the severity of the crash, people traveling in the bus may also suffer catastrophic injuries.

Some of the common injuries that occur in New York bus accidents include:

What Should I Do Immediately After a Bus Accident?

If you have been in a bus accident in New York, do the following things:

How Is Liability Determined in New York Bus Accident Cases?

As in any other case of personal injury, liability in bus accidents to is decided based on the concept of negligence. If someone who owed you a duty of care failed to abide by it, they are said to be negligent and therefore liable for the injuries you suffered due to their negligent actions.

When it comes to bus accidents, it is almost always the errant bus driver who will be considered responsible for the accident. This is true in all cases where speeding, distracted driving, driving under the influence of drugs or alcohol or any form of traffic rule violation is the cause of the accident.

However, there can be other parties too who may be held liable in a bus accident. The company owning the bus may be held responsible if they failed to do a thorough background check on the driver, or did not provide them with adequate training to drive the bus.

The company may also be liable if they made the driver undertake too many trips without the prescribed number of hours of rest between trips. A failure to carry out an inspection of the bus condition or insufficient maintenance activity on the bus can also render the bus owner liable for an accident.

If it can be proved that there was a defect in the design of the bus or a malfunction of the mechanical components of the bus that led to the accident, the company that manufactured the bus may also be considered liable.

In case of bus accidents caused due to poorly maintained roads, or obstacles such as debris left over after road repair work, the government agency responsible for the negligent actions is considered partly liable for the accident.

Rather than the victim of a bus accident, an established bus accident attorney in New York will definitely have the necessary expertise and resources to study the police report and also carry out an independent investigation to find out which entities were actually responsible for the accident.

What Compensation is Possible for Bus Accident Victims in New York?

A bus accident victim may seek damages to cover both the economic and non-economic losses they have suffered. This could include the following:

If a bus accident case goes to trial, the jury may also award punitive damages against the negligent bus operators.

Can I Recover Damages for New York School Bus Injuries?

School bus accidents can cause serious injuries to the children inside the bus. If the accident was caused due to the negligence of the driver, you may raise a claim against the bus driver. Based on the specifics of the accident, you may also be able to sue the school, the bus company, and even the school district for the accident to recover damages.

What Should I Do If I’m Offered a Settlement?

Soon after a New York City bus accident in which you were injured, you may find that either the bus company or their insurance adjusters will try to get in touch with you and propose a settlement. It is generally not wise to jump and take their first offer because of the following reasons:

When you consult a competent New York bus accident lawyer, they can guide you regarding what may be a realistic figure for a settlement. Whether you decide to accept a settlement or want to pursue the lawsuit to a court trial, the lawyer can help you recover the maximum compensation you deserve.

How Long Does It Take For Settlement of Bus Accident Claims?

There is no definite time frame that can be predicted for the settlement of a bus accident claim. Several factors will determine the time it takes, such as:

As someone who has suffered an injury in a bus accident, it’s natural for you to want the claims settled as soon as possible. Having an expert bus accident lawyer is one of the best ways of ensuring this.

According to the Federal Motor Vehicle Safety Standards, any motor vehicle that carries at least 10 persons is classified as a bus. So, we have school buses, church buses, transit buses, shuttle buses, tour buses, and interstate carriers, all carrying a large number of passengers across the city and the state.

When you or a loved one has been injured in a bus accident, it can be difficult to find the time and energy to pursue damages on your own. Oftentimes, accident victims may not even realize what their case is worth and settle for a pittance that is offered by the party at fault. At Rosenberg, Minc, Falkoff & Wolff, LLP, we believe in empowering our clients so that they don’t succumb to such paltry offers.

Our bus accident lawyers will take care of all the legal work that’s important to ensure you get the maximum compensation to which you are entitled. With us on your side, you can spend your energy on regaining your health, secure in the knowledge that our team is building you a strong case.

Our professional New York bus accident lawyers have several years of experience in helping victims win the compensation they deserve. In order to explore how we can help you, call Rosenberg, Minc, Falkoff & Wolff, LLP today at 212-344-1000 or contact us online for a free and confidential consultation.