Left Turn Accidents in NYC: Who is Liable? 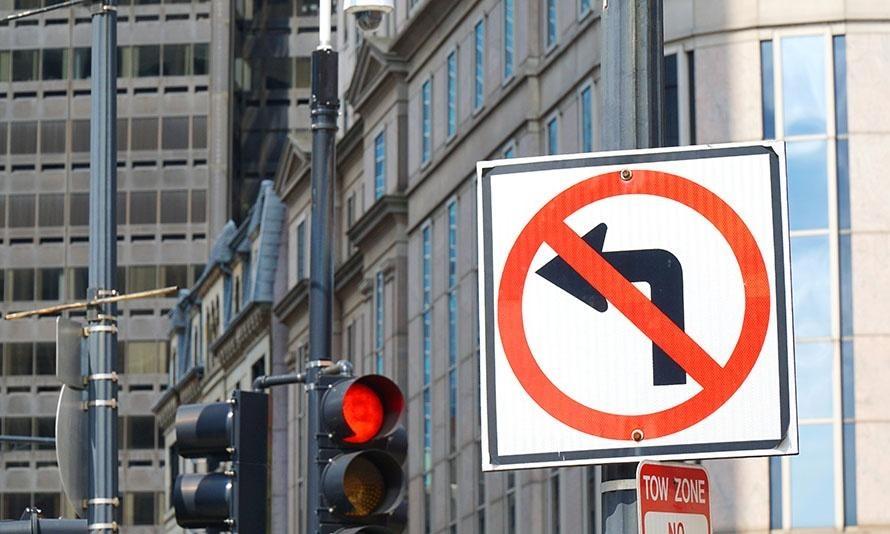 Driving on the congested streets of New York can be a huge challenge and the dangers of causing a crash are especially high when you navigate around a busy intersection and have to make a left turn. Data from the NYC Department of Transportation’s (DOT) study in 2016 shows that left turns are the cause of more than double the bicyclist and pedestrian fatalities as right turns. Left-turn accidents in New York have also been known to cause three times as many fatalities and serious injuries as right-turn accidents.

While it is generally assumed that the driver who makes the left turn is responsible for the accident, there could be situations when they may not be fully or even partially to blame. Read on to know more about the concept of liability in left-turn accidents in New York City.

Why are Left Turn Accidents in New York Dangerous?

Much before the results of the study by the NYC DOT, a 2010 analysis carried out by the National Highway Traffic Safety Administration (NHTSA) had found that a vehicle making a left turn at an intersection is one of the most critical events that can trigger an accident. Here are a few reasons why left turn accidents can be deadly:

Why is it Difficult to Make a Safe Left Turn at NY Intersections?

Every driver on the road knows that making a left turn is a huge challenge. Despite being an experienced or expert driver, it can be quite difficult to execute a safe left turn at New York intersections due to the following reasons:

Who is Considered Liable for a Left Turn Accident in NYC?

Under New York law, a driver who is making a left turn at an intersection has to yield the right-of-way to traffic coming from the opposite direction. So, if the investigation into a left turn accident in NYC shows that the left-turning driver failed to yield the right-of-way, their actions will be considered as negligence and they will be held liable for the accident. Negligence means that the concerned driver failed to act with the care that was expected of any reasonable person in that situation.

However, there can be many exceptions to this general guideline about the liability of the left-turning driver. If it can be shown that the car crash occurred due to factors beyond their control while they were making a careful turn, it is quite possible for the other driver involved in the crash to be found at fault for the left turn accident.

In What Situations is the Left Turner Not Liable for the NY Car Accident?

Liability in an accident depends on several factors and a left turn accident is no exception. To determine who is at fault for such an accident, it’s critical to take into account factors such as:

Careful consideration of these factors may throw up information that shows that the party other than the driver making the left turn was responsible for the accident.

Generally, the left-turning driver is not considered at fault for the accident if it can be proved that:

In some situations, there could be a sudden event that was not foreseeable by any of the drivers. If an animal or a young child suddenly ran into the road, the driver making the left turn would have been forced to brake or slow down and this could have caused a left-turn accident.

In such circumstances, if the left-turning car is involved in a collision with an oncoming vehicle or a car following them, it may be quite possible that the other driver will be held liable because they ought to have noticed that the left-turning driver was slowing down and reacted accordingly.

New York operates on the concept of a “pure” comparative fault. According to this, all the parties involved in a personal injury lawsuit have an equal opportunity to recover compensation. The exact amount that one recovers will be adjusted to match the extent of their contribution to the accident.

Say you were involved in a car accident while making a left turn at one of New York City’s busy intersections and at trial, the jury determines that your liability was 20 percent while that of the other driver was 80 percent. If you have been awarded $10,000 as damages, under the pure comparative fault law, the amount you finally receive will be less by 20 percent, so you will get $8,000 in damages.

Most people generally assume that whenever an accident occurs while making a left turn, it is the left-turning driver who will be held liable. This may deter them from pursuing a personal injury claim to recover damages from the other parties involved in the accident. But it is important to remember that there can be exceptions to this assumption and if it can be shown that the other driver too was partially at fault for the left-turn accident, you may still be able to recover compensation from them.

At Rosenberg, Minc, Falkoff & Wolff, LLP, our car accident attorneys have helped several clients who were injured in left-turn accidents to recover damages to make up for the losses they sustained due to another party’s fault. Using our network of accident reconstruction specialists and independent investigators, we can help build you a strong case that gets you the justice and damages you deserve.

Whether you decide to settle with the insurance company or pursue your case to trial, our team of expert car accident lawyers will work with you to help you navigate the complex legal process of claiming damages. To discuss the details of your left turn accident case, get in touch with us today at 1-800-660-2264 or contact us online for a free and confidential case review.