Do Seat Belt Failures Cause Personal Injury in New York? 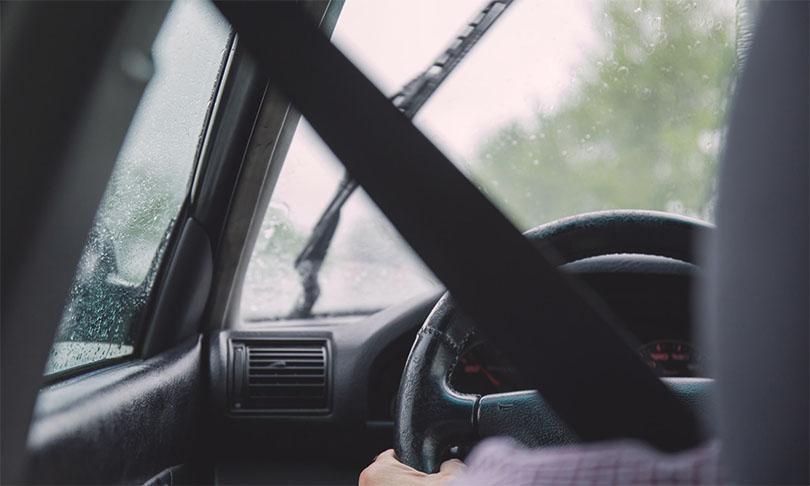 Seat belts are a major safety factor that can prevent injuries in an accident. According to data from the National Highway Transportation Safety Administration (NHTSA), wearing a seat belt reduces the risk of critical injury by 50 percent. In the more severe accidents, failing to use a seat belt can often be the difference between life and death. However, there may be instances where seat belts may not function as intended and sometimes, they may even be the cause of injury to car occupants.

How do Seat Belts Provide Protection?

When a car suddenly brakes or comes to an abrupt stop due to collision with another vehicle or surface, the car driver and other occupants are likely to be thrust forward and collide with each other or with parts of the vehicle’s interior. In some cases, an especially high impact collision may also cause the persons in the car to be thrown out of the vehicle.

Seat belts, also called ‘safety belts’ basically function to restrain the upper part of the body from being thrown forward in the event of a crash and thus, reduce the severity of injuries that may result. It has also been found that persons wearing a seat belt are far more likely to be ejected out of a vehicle that is involved in a crash, resulting in serious personal injury.

What are the Types of Seat Belt Failure?

While seatbelts mostly work as intended, there can be instances where they may malfunction. The following are the more common types of defects in seat belt functioning:

One of the most common defects in a seatbelt is a “false latch” in which the seat belt gives the appearance of being latched but in reality, has not been engaged adequately. The seat belt sounds like it has engaged although it has not been fastened. Often times, this is not noticed by the person wearing the seatbelt until such time as it comes undone when the vehicle is involved in a crash.

Slacking of the Seat Belt

When you wear a seat belt, it should fit your body in a snug manner. The presence of excessive slack defeats the very purpose of a seat belt which is to restrain the body’s movement. If a seat belt shows slacking, it can cause the person wearing it to be thrown sideways or backwards in the event of a crash.

Seat belts provide for a slack in the region of the shoulder; however, they are meant to retract when the person wearing the belt moves forward. In some cases of defective seatbelts, the retraction system fails to function as necessary and this leads to a slacking effect that can cause severe injuries. Car occupants have been known to suffer from traumatic brain injuries and spinal and abdominal injuries due to a faulty seatbelt tension retraction device.

In some cases, the seatbelts are in good condition, but the buckles do not function correctly. As a result, the seat belt fails to restrain the body of the car occupant and this can result in the person being ejected out of the car when it gets into an accident.

The functioning of a seat belt depends greatly on the strength of the lap belt. If the fabric used to create the lap belt is not firm enough, it may tear when subject to pressure in case of an accident. In some cases, debris from the accident can also cause the lap belt to tear, causing even greater damage to the occupants of the car.

How Common are Seat Belt Defects?

Cars are recalled by their manufacturers if there are several cases of injuries that get reported. Although not as prominent as other causes, seat belt defects have also led to cases of recall. For example, Ford had to recall 2 million trucks because a defect in their seat belts made them more likely to cause a fire.

In 2019, Toyota recalled vehicles that had problems in the functioning of the third row seat belts. While these are high profile case examples, there is a likelihood that even your car seat belt may suffer from a defect that may not necessitate a recall, but still be dangerous to your safety.

What Injuries are caused by Defective Seat Belts?

The type of personal injury caused by defective seat belts often depends on the nature of the seat belt itself. Here are a few common injuries that occur with different seat belt systems.

What are New York Requirements Regarding Seat Belts?

Under New York law, both adults and children are required to wear seatbelts and restraints when they are inside a car. Seat belts are mandatory for the car driver and adult passengers in the front seat. A failure to do so can result in a ticket.

Children below the age of 16 years must also wear a restraint or a seat belt. Failure to do so is punished with not just a ticket but may also result in the addition of 3 points on the driver’s license.

Under the seat belt defense clause of New York laws related to personal injury, the plaintiff who is injured stands to lose a significant amount of compensation if it is proved that they were not wearing a seatbelt at the time of the accident.

Why Should You Engage an Experienced Personal Injury Lawyer?

If you have been hurt in a car accident in New York and your injuries have been more severe because of a faulty seat belt, it is important that you hire an experienced personal injury lawyer in New York City for the following reasons:

Legal Help from a Competent Personal Injury Attorney in NYC

If you or a loved one has been hurt in a car accident in New York City caused due to a defective seat belt, the first thing you need is adequate medical attention to recover your health. However, it is equally important that you receive monetary compensation for the damages and losses you suffered for no fault of your own. Suing a car manufacturing company or distributor is not as simple as suing another driver for causing your accident. Yet, it is not an impossible task, provided you have the right legal representatives who will build you a strong case.

At Rosenberg, Minc, Falkoff & Wolff, LLP we have several years of experience in dealing with New York auto product liability cases. We are familiar with the strategy used by insurance companies and large corporations and we can help you negotiate with them or pursue your case to trial in a manner that helps you get the compensation you deserve. Our team of NYC automobile crash attorneys has worked with several clients who suffered injuries due to defective seat belts. We work to seek compensation that makes up for at least part of the pain and suffering you have had to suffer due to the accident.

If you or a loved one has been hurt in an accident caused due to a seat belt malfunction, call Rosenberg, Minc, Falkoff & Wolff, LLP today at 1-800-660-2264 or contact us online for a free review of your case.