Can You Sue The Government For Personal Injury in New York? 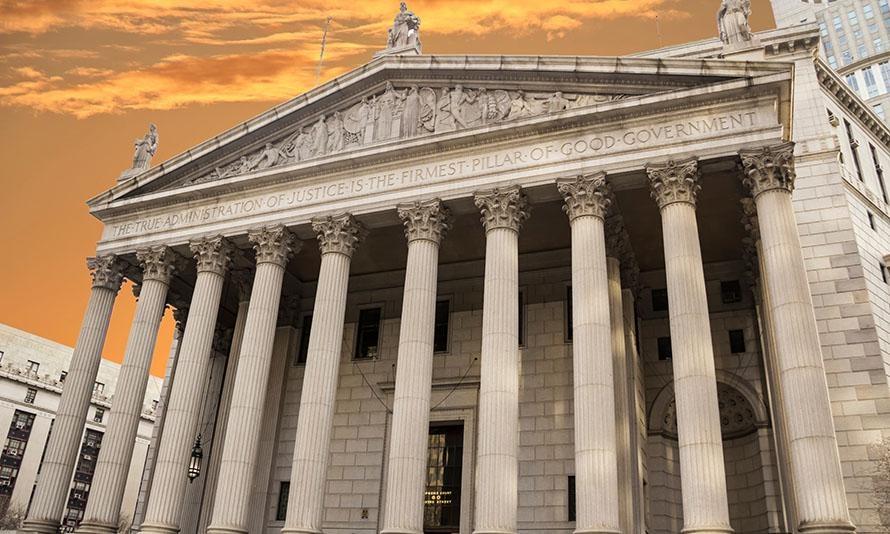 In New York, if you sustain injuries because of a slip and fall, a car accident, or any other accident arising out of someone’s negligence or misconduct; you may file a personal injury lawsuit against the erring individual or entity. But what happens if the negligent at-fault party is a government agency or entity? What recourse do you have under New York law if your injuries are due to the negligence of a municipal agency, for example, you slip and fall on a cracked stairway at the city hall?

The old sovereign immunity law dates to medieval England where it prevented people from suing the king for any losses suffered because of the sovereign’s action or decree. In the past few years, there have been amendments to this very old and archaic law, thus paving the way for people to file lawsuits against the government in certain cases.

However, some of the amendments in recent years have been in favor of immunity to government employees. If a vehicle driver working for a government entity is responsible for an accident, they may receive protection from a lawsuit even if the victim’s injuries are due to their negligence.

Moreover, there are limits to compensation that a victim can claim from a government vehicle involved in an accident. But if you have a strong and compelling case, you can hold a government entity liable for injuries and other related losses.

Filing a Lawsuit against Government Negligence in New York

Over the years, public transportation vehicles must have maimed or killed numerous New Yorkers. What if you sustain injuries in an accident caused by the negligence or misconduct of a government employee or state official? Can you file a lawsuit and claim damages from New York state or city?

Yes, you can sue the government for personal injury claims and wrongful death, but the process is tedious and cumbersome. For you to claim compensation, you must prove that a New York municipal or government entity was to blame for the accident involving you.

While this may sound simple on paper, it is not so in reality. Suing the city or state of New York and claiming compensation is not an easy task. Just one small mistake on your or your attorney’s part can see your case dismissed by the court. The importance of seeking and hiring a skillful NYC personal injury attorney cannot be stressed enough.

Article II, Section 8 of the New York Court of Claims Act states the consent of the government for any lawsuits brought against it and declares waiver of government’s immunity from liability arising out of its negligence or misconduct. It further reiterates the government’s consent to be sued under the rules just as individuals or private entities sue each other.

In other words, this means that victims of an accident may file a lawsuit against the government in New York for negligence that might have caused their injuries, just as they can against a private entity. Thus, section 8 does away with the old sovereign immunity rule dating back to medieval times in England where ordinary citizens could not sue the sovereign for any wrongs perpetrated against them.

When Can You File a Lawsuit under New York’s Court of Claims Act?

Under the Court of Claims Act, a victim may file a lawsuit for negligence against the state just as they would against a private entity. Some instances where you can bring a claim against the state, a government agency, commission, or a board might include:

If a state employee causes a motor vehicle accident because of negligence behind the wheel while on state duty, the victim has the right to hold them liable for injuries and damages in the Court of Claims.

An injured person can seek compensation if their injuries are because of wobbly handrails, broken stairs, cracked flooring, or any similar hazards and defects in a public building that the state employees neither correct nor warn visitors about.

If a patient at a state-run medical facility sustains injuries while receiving medical treatment, they can seek compensation for injuries due to medical negligence, just as they would against a facility run by a private entity.

Proving State’s Negligence and Role in the Accident

All personal injury complainants must file their cases against the state of New York in the Court of Claims. There are special provisions that apply for cases against military members and prisoners appealing for relief from unjustified incarceration.

Filing a Claim Against the State of New York

Nowadays, you can find online instructions in New York metro areas to file claims against the municipality and local government.

How to File A Notice of Claim?

If you are a victim of an accident on municipal property, you must inform the municipal agency of your injuries due to the negligence of the agency or its employees. Your attorney can file the document called a Notice of Claim, containing this information, on your behalf. A notice of claim typically includes:

After your attorney files a Notice of Claim on your behalf, which you need to do within 90 days of the accident, the law grants a period of 30 days to the municipality to request a hearing and begin an investigation of your claim. This preliminary hearing may ask for your physical examination to determine your claimed injuries.

Exceptions to the 90-Day Filing Rule

A court may allow an extension of the 90-day time for filing the Notice of Claim, but the time that a court grants for late filing should not be more than the time allowed to file a lawsuit according to the statute of limitations applicable under the law.

An extension of the time limit is not easy as the court will take multiple factors into account to excuse failure in filing the lawsuit within the stipulated time. Before making a decision on the extension of the deadline, the court might need to determine if the complainant provided the municipal agency with sufficient information regarding the claim within 90 days of the event.

Is There A Statute of Limitation to File A Lawsuit?

Generally, you need to file a lawsuit against the municipal agency within a year and 90 days of the accident that resulted in your injuries and damages. However, in case the lawsuit is for wrongful death, the deceased person’s representative may file the lawsuit within two years of the death.

At Rosenberg, Minc, Falkoff & Wolff, we have attorneys with extensive experience and competence in pursuing claims against municipal agencies and public bodies in the state of New York. We have the patience and deep resolve needed to stand up to and fight bureaucracy.

Municipal authorities and public organizations typically employ a battery of attorneys, and teams of claims adjusters as well as investigators. This provides them a distinct edge over the victims fighting for compensation.

Our committed attorneys will use all their resources to help protect your rights as a victim and ensure full and fair compensation for your injuries and damages. Call Rosenberg, Minc, Falkoff & Wolff, LLP today at 1-800-660-2264 or contact us online for a free and confidential consultation.