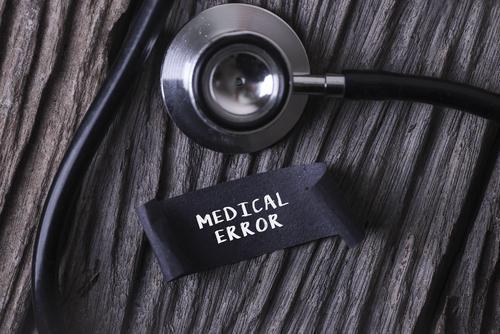 According to researchers, the rate of paid medical malpractice claims has decreased significantly in the United States, declining by nearly 56% between 1992 and 2014.

That does not equal the national debt but it is pretty incredible.

A medical center in New Hampshire, Vermont, settled a malpractice lawsuit due to medical negligence for $2 million against a lawsuit filed by the family of a high school athlete who passed away in the year 2014.

In 2016, Gary and Bethanne Tillotson - a Bradford couple, filed for compensation against Dartmouth-Hitchcock Medical Center. They alleged that physicians in the medical center were "grossly inaccurate" when they reviewed the athlete's kidney ultrasound, which resulted in his death.

17-year-old Sean Tillotson suffered a pulmonary embolism-type event on the way to a leadership conference and died.

While neither the plaintiffs nor the defendants released details on the settlement, court records that were filed on November 6 were revealed.

Like any other settlement, the plaintiff and defendants negotiate the actual dollar amount of a medical malpractice settlement based on damages - usually through or alongside the insurer of the defendant.

It can be relatively easy to calculate the economic damage amounts - which are the provable, quantifiable losses, or expenditures caused by the injuries claimed by the plaintiff. Non-economic damages are more difficult to calculate and this is where the real negotiations between the two parties begin.

A plaintiff or victim's idea as well as expectation of appropriate compensation for damages such as loss of enjoyment and pain and suffering can be significantly different from the valuation of a doctor or an insurance company. It is also vital to keep in mind that state law that limits award amounts may also come into play.

Unlike in personal injury claims that are more common, medical malpractice settlements must be approved by the settling doctors. As a general rule, settlements for car accidents or slips and falls can be simply settled by a defendant's insurer, regardless of whether or not the defendant wants to settle.

There is a clear outline in policy language about who has the final say when it comes to settlements, and while it may be possible sometimes for a settlement to be denied, "regular" defendants in a personal injury claim may incur significant financial liability if they do not comply with their insurer's desire to settle.

A doctor may want to go to court rather than settle with a plaintiff - this way, they avoid being dropped by their insurance company or risking inflated insurance premiums. Furthermore, many physicians do not look at medical malpractice cases dispassionately, and if they feel that they have not done anything wrong, they will fight fiercely to try and prevent a plaintiff from recovering anything.

Additionally, certain insurance carriers take a hard line when it comes to settlements. Such carriers may have "unofficial" policies that favor going to trial rather than paying out settlements. The fact is that medical malpractice insurance is a high stakes game and in order to try and discourage litigation against physicians they insure, some insurance companies may sometimes promote the perception that they take a very hard line on malpractice settlements.

Once both parties have negotiated and approved the settlement, it is often required to obtain court approval - cases that involve minors in particular. This is for the prevention of settlements that may be designed to provide defendants and attorneys with quick payouts at the expense of actually providing any financial needs that are long term.

While the courts are not there to babysit, there is a real public policy interest in making sure that reasonable settlements are paid out because an inappropriate settlement - in the form of public-funded healthcare or otherwise - can have a very high societal cost.

In some states, insurance companies are not allowed to pay for medical care costs that may surface over time, and thus favoring a lump sum approach instead. In others states, a better monitored, pay-as-you-go system is preferred and followed. In cases involving minor victims or plaintiffs, the court or judge will often order structured settlements that are designed to cover ongoing medical expenses with a payout once the age of majority is reached.

In most cases, the payment and collection of settlement amounts is negotiated at the same time with the actual dollar values. Additionally, insurance companies will make an attempt to discount an overall settlement in exchange for a quick payout.

Typically, the settlement check is sent to the attorney of the plaintiff, who will then deposit in an escrow account. After they have subtracted legal fees and case expenses per the agreement, the plaintiff will receive payment.

$26 Million Medical Malpractice Award One of the Largest in Georgia

In what is believed to be one of the largest awards for medical malpractice in the state of Georgia, a plaintiff with brain damage received a total of $26 million after a jury in the Superior Court found St. Francis Hospital Inc. 100% liable for the post-surgery injuries that Sandra Williams sustained.

There will be no appeal after the parties concerned agreed on a settlement immediately after the verdict was handed down. The plaintiff also sought attorney's costs and fees, which is a sum that would have increased the award to significantly higher monetary levels. In exchange for an agreement to forego any attempt to appeal the verdict handed down by the jury, St. Francis agreed to a payment of $26 million to Williams.

This amount was offset by a separate $1 million that was reached in an earlier settlement with one of the primary doctors who provided medical treatment to Williams. The amount combined equals to the $26 million that the jury awarded. Williams agreed not to pursue attorney's legal costs and fees.

Amidst speculation that Williams was suffering from a hematoma that compressed her airway, it was alleged that Dr. Erik Westerlund allowed six hours to pass before he started treatment on Williams. It appeared that the timeline was in contravention to protocol in the hospital - the protocol requires ICU patients to be treated within two hours.

The plaintiff's legal counsel claimed that Westerlund waited too long to move Williams back to the OR to remove the hematoma. This left Williams with permanent brain damage, loss of vision, and a number of other physical disabilities.

In the summer of 2014, Williams filed a medical malpractice lawsuit in Georgia against the hospital. Additionally, she filed an individual malpractice claim against Dr. Westerlund, which was settled for $1 million prior to the trial.

Court documents showed that Dr. Westerlund claimed that he adhered to the standard of care and if faced with a similar set of circumstances, would make all those same decisions again. His claim was supported through a colleague's testimony - the colleague was identified as a St. Francis surgeon who performed the initial surgery on Williams.

He opined that Dr. Westerlund had done everything right. However, according to Williams' attorney, this surgeon had served as an expert witness previously in a similar case, testifying that it was important to take the patient back to the OR, intubate the patient, and start the procedure to remove the hematoma immediately.

It was reported that the jury interpreted this revelation as the surgeon trying to protect his colleague and found the hospital 100% liable for the actions of their employees after deliberating for six hours. Dr. Westerlund was an employee of St. Francis Hospital Inc.

The plaintiff's counsel stated that in his view, the combined award of $26 million was the largest of any medical malpractice lawsuit in Muscogee County's history and easily one of the largest in Georgia as a whole. 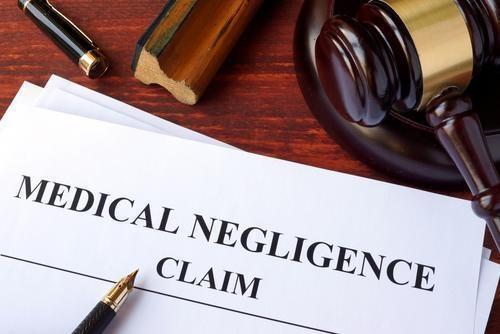 Here is a look at the basic first steps you need to take to bring a medical malpractice case:

Contact the Medical Professional: The first thing you need to do is contact the physician or any other medical professional involved before actually filing your claim. Find out what may have gone wrong and your doctor may be able to determine if the problem can be remedied. Most doctors are willing to perform services - sometimes for free - to rectify a problem and come up with a solution.

Contact the Appropriate Medical Licensing Board: If you do not get help from the medical professional, it may be an astute idea to contact the licensing board governing medical licenses. Although licensing boards cannot order the doctor to give you compensation, they can issue discipline or warnings to the medical professional and guide you about the next steps to take.

Find out the Statute of Limitations: The first step is for you to find out how long you have to file a medical malpractice claim. Every civil claim has a time limit as to when you must file it. Known as statute of limitations, this limit requires you to file your claim within a certain period of time from when you sustained the injury. Check out your state laws to find out the statute of limitations to file a malpractice claim in your state.

Get a Certificate of Merit: In many states, patients are required to file a certificate of merit to determine that your injuries were caused by the negligence of a medical professional. To file this certificate, you must contact another doctor to review your medical records and certify that the original physician deviated from the standard of care, resulting in your injuries.

However, if you believe that you have a strong case, you should go ahead and seek a larger settlement, even if it means going to trial.

If you or a loved one has been injured due to the negligence of a doctor or other medical professional, you should immediately seek the help of a reliable and experienced medical malpractice attorney. Your attorney's expertise can ensure that you file your claim properly and obtain fair economic and non-economic damages.

If you think you have been a victim of medical negligence, waste no time, contact Rosenberg, Minc, Falkoff, & Wolff, of RMFW Law at (800) 660-2264 and a dignified and reliable medical malpractice attorney will handle your case and help you get a fair compensation for your mental and physical anguish.

We know how to win these types of cases. RMFW Law has a long line of satisfied customers. You pay us nothing up front. Let's get this case started if it is viable! What is your side of the story? Call us today! You have nothing to lose!