Is Speeding A Cause Of Accidents? 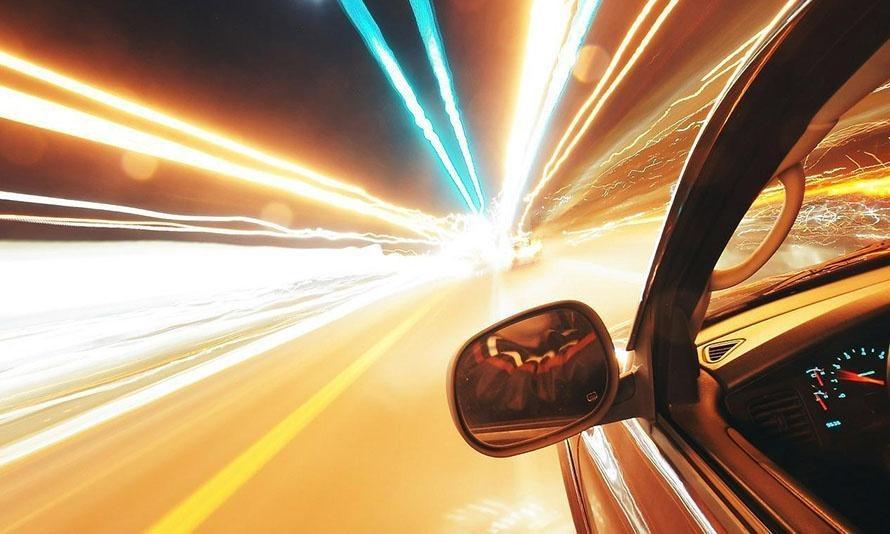 Speeding reduces a driver's reaction time, increasing the likelihood of a collision. It also shortens the stopping distance and can dangerously change the angle at which a driver is able to brake. When you're in a hurry, it's tempting to disregard the speed limit and not worry about other vehicles or pedestrians on the road. But driving faster than what is safe for the road conditions can put you in danger of getting into an accident, receiving a traffic citation, or injuring or even killing other road users.

Sometimes, a few extra miles per hour could mean the difference between life and death. Speeding drivers may be less likely to see pedestrians and bicyclists on sidewalks or crosswalks. They're also less likely to see other vehicles at intersections and oncoming vehicles when turning left or right onto streets with multiple lanes.

If you've been injured in an accident with a negligent, speeding driver, contact an attorney at Rosenberg, Minc, Falkoff & Wolff, LLP immediately to discuss your legal options for pursuing compensation against the at-fault driver.

How Does Speeding Lead to an Accident?

You are more likely to be involved in an accident if you travel faster than other vehicles around you because a crash occurs when two vehicles collide with equal and opposite forces acting upon them simultaneously or nearly simultaneously. Speeding increases your risk of being involved in a car accident in several ways:

Driving Too Fast for Conditions

Exceeding your vehicle's capabilities on wet or icy roads is dangerous because it takes longer to stop or turn when conditions aren't ideal. If there's water on the road or a slippery surface, you may skid out of control and crash. If there's an icy patch, you may lose control and slide off the road or into another vehicle or pedestrian. If there's heavy rain or snowfall, visibility can become limited, and you may not be able to see other cars around you.

Not Paying Attention to Their Surroundings

Distracted driving is a significant factor in speed-related crashes. Distracted drivers have slower reaction times and miss important information about their driving environment, increasing their risk of an accident. They may be listening to music on their phone or talking with someone else in the car, but they aren't watching what's happening around them at all times. This makes it more difficult for them to respond quickly if an emergency occurs on the road ahead of them.

Not Slowing Down For Curves or Hills

Many accidents occur when drivers don't reduce their speeds enough for curves or hills on the highway, especially if they're driving long distances and become tired from driving without stopping for breaks. Emergency brakes will not be able to control your vehicle going at highway speed, which can lead them to go faster than they should while driving on curvy roads or steep hillsides with sharp drop-offs near them.

Many people get behind schedule because they tend not to leave enough time for their daily commute or errands. They might realize that they're running late only after they've already started driving, which means that they may decide to drive faster than usual to arrive at their destination on time — even though this would increase the risk of an accident occurring while they're behind the wheel.

Steps to Take After a Speeding Accident

New York categorizes speeding and aggressive driving as negligent and reckless behaviors, which can increase the liability for accidents. In addition to fines and points on their licenses, negligent drivers may be responsible for paying damages in civil court if they cause an accident resulting in injuries or death.

If you were driving at or above the speed limit, but not recklessly or dangerously, then it's likely that you will be able to avoid charges by showing that your actions were reasonable under the circumstances. Stemming from this, if you were driving in a highly careless way or at an extremely high speed, it's possible that you could face criminal charges regardless of whether anyone was injured. If so, it would be best to consult a capable attorney who can walk you through your options and help prepare your defense strategy.

If you are injured in a speeding crash, knowing where to turn for help can be challenging. In addition to dealing with the physical and emotional effects of the accident, you may also have legal problems that need to be addressed quickly. Speeding drivers often try to avoid liability by claiming they were not speeding or did not know how fast they were going at the time of the accident. This can be difficult for an injured person to prove because it usually requires them to testify how fast their vehicle traveled at the time of impact. This is where an experienced personal injury attorney can be your ally.

Speeding and driving aggressively can lead to devastating, life-changing and fatal accidents. If you've been injured in a car accident by an aggressive driver or lost a loved one in a speeding accident, contact our accident attorneys at Rosenberg, Minc, Falkoff & Wolff, LLP. Our highly competent and skilled legal team has extensive experience helping people who have been injured in high-speed collisions.

Our lawyers will go over your legal rights and options, so you know exactly where you stand legally before making any decisions about your case. We understand that every case is different and will work hard to get you the results you deserve. Contact us on 212-344-1000 or fill out this online form for a free consultation with one of our diligent and proven personal injury lawyers.