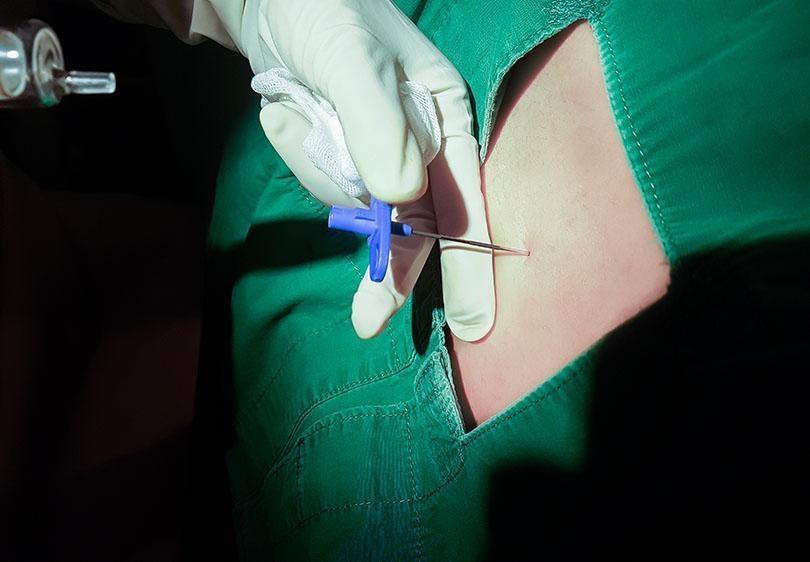 For the death of a 50-year-old woman from Pennsylvania after undergoing surgery for her spinal cord, the awarded compensation amounting to $10 million was deemed as void. This decision was made after the court determined that the amount does not match settlements granted to other medical malpractice lawsuits for similar incidents.

A case was filed in 2018 for the wrongful death of Sharon Kimble just hours after undergoing an outpatient spinal cord surgery last 2014.

For seven years, Sharon continuously experienced chronic back pains. To ease her discomfort, Sharon took painkillers for the same period.

She and her husband were staying at a hotel near the hospital. It was revealed that she took pain medications up to a few hours before her surgery. On the same day and just a couple of hours after undergoing the spinal procedure, she was found dead in the couple’s hotel room.

Doctors from the Laser Spine Institute in Wayne, Pennsylvania conducted the surgery. Her death was associated with an overdose of drugs. More specifically, a mix of depressants and opioids that were administered during the procedure. Furthermore, Sharon was discharged just two hours after her surgery.

A medical malpractice lawsuit is filed

In March 2018, Sharon’s husband, Robert Kimble, filed a lawsuit against the hospital and the anesthesiologist of the surgery. Robert Kimble contested that the spinal surgery center should have continued to monitor the patient within the facility and that his wife was discharged too early from the hospital. Additionally, she was administered six times more than the normally prescribed amount of pain medication.

After just eight days of the trial, the hospital and the doctor, Dr. Glenn Rubenstein, who treated Sharon, were ordered to pay $10 million to the Kimbles. The jury, though, deemed that Robert Kimble should be awarded the $10 million for Sharon’s wrongful death.

He was also given another $10 million for survival damages. However, the judge that was overseeing this civil case, Judge Mary Murray of the Superior Court of Pennsylvania, decided against it and issued an opinion.

Why did the judge decide to overturn the decision?

The hospital where the patient had her surgery, the Laser Spine Institute, made an appeal about the money that would be given as compensation to Sharon’s family. Judge Murray denied the appeal. But, she did agree that the amount that should have been paid is too much compared to other similar medical malpractice lawsuits. Also, she further stated that in similar cases, the amount awarded did not go beyond $2.5 million.

Currently, the lawsuit is still under the authority of the Chester County District Court. The state of Pennsylvania ordered a new trial to open to determine the amount that should be paid to the Kimbles for the damages caused by Sharon’s wrongful death.

Contact us on (800) 660-2264 today for a free and confidential consultation if you think that any individual in your family has suffered from medical negligence or malpractice that has affected their physical or emotional health.