Where Does Personal Injury Money Come From in New York? 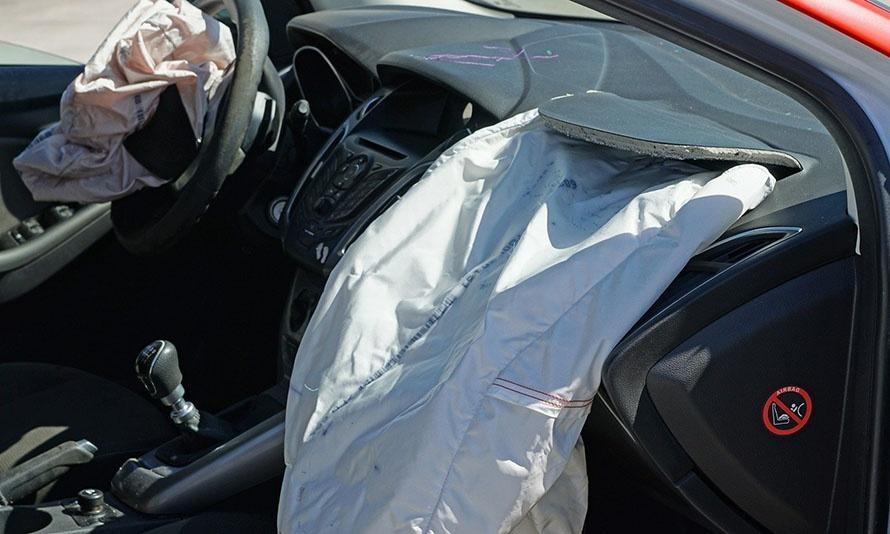 When you get injured in a New York car accident, the no-fault insurance rules require you to approach your insurance provider to seek compensation for the expenses you had to bear in dealing with your injury. However, in case of more serious injuries, when the damages are in excess of the coverage amount of your policy, the law allows you to seek compensation from the insurance provider of the negligent driver who was at fault in your accident.

In some cases, the other party may have insurance coverage provided by the same company from which you have your insurance. In a situation under this category, although technically there is just one company involved, they will act in two different capacities when you file a personal injury case.

What is the Role of Your Insurance Company in a Car Crash in New York City?

Soon after your accident, you have to notify your insurer of the incident with all the relevant information. After verifying the details, they will pay for your medical bills and lost wages, and other out-of-pocket expenses up to the limits of coverage you possess under the Personal Injury Protection (PIP) policy that you had earlier purchased from them.

Under New York laws, it is mandatory to purchase a minimum of $25,000 in uninsured motorist coverage at the time of purchasing a car insurance policy. You can turn to this insurance to cover your medical expenses if you were hurt in a crash where the other vehicle happened to be:

This type of insurance will also cover you if you have been injured in a New York hit-and-run accident where the driver flees from the accident scene and cannot be identified.

This type of cover is not mandatory for car owners to purchase with their PIP. However, it is always good to have this coverage because it can prove to be very useful in accidents where the other driver does not possess enough insurance coverage to compensate you for the damage you sustained.

Often, New York car insurance companies club uninsured and underinsured motorist covers in a single policy, and therefore, it is vital you know exactly how much coverage you are entitled to under each in the event of a crash.

What is the Role of the Other Driver’s Insurance Company in a Car Accident in NYC?

If you have sustained a serious injury in an accident caused due to the fault of the other driver, you can seek compensation from their insurance company for the damages you sustained. This must be done at the end of your medical treatment or once you have reached what the law defines as the “maximum medical improvement” that is possible for the type of injuries you have sustained.

That driver must have sufficient coverage in their car insurance policy to meet your demands. Once you file your claim, if the insurance company accepts their client’s liability, they will pay up. However, in reality, especially when a huge sum of money is involved, these insurance adjusters will do all they can to discredit your claim and to ensure that they pay out the least possible amount of money. That is why it is best to hire the services of an experienced New York car accident attorney who can help you deal with the tactics used by the insurance company.

How Does the Claim Settlement Process Work After a Car Accident in New York?

When you agree to a settlement proposed by the insurance company, they will ask you to sign a release form that indicates the settlement is final. This means that you cannot reopen the claim later if you find that you experience a flaring up of your symptoms or suffer an aggravation of the health condition that was caused by the accident.

The final settlement draft or check will be for the entire amount that has been paid in the settlement of your total claim amount. Generally, there is no breakup provided of how much you got for medical expenses, lost wages, and pain and suffering. The entire money owed to everyone involved in the case is disbursed through this check and you will have to settle unpaid doctors’ bills and the personal injury attorney’s fees from this amount.

In situations where the medical bills are very high and the amount provided by the insurance policy is quite small, accident victims negotiate with their doctors to reduce their medical bills. However, this is not a simple process and it depends on whether the doctor is willing to accede to your request or not.

Under the laws of New York, medical providers are allowed to file a “lien” against your claim. This is to ensure that they retain the right to collect any medical bills that you have left unpaid. When this lien is filed, it is quite likely that the name of the doctor will appear along with your name on the settlement check you receive from the insurance company. Therefore, it is best that you speak to your doctor and reach an agreement on any reductions in medical bills well before you settle with the insurance provider.

Attorneys who work on a contingency fee basis will also have to be paid out of the settlement amount once they succeed in winning your case. Once you have paid the doctor, the lawyer, and any other individual with a legitimate claim on the settlement proceeds, the remaining amount is for you to keep.

Is a Personal Injury Settlement Subject to Taxes in New York?

The settlement in personal injury cases generally covers the damages suffered by the victim such as medical bills, lost wages, and pain and suffering. When this settlement is given as compensation for a physical injury, there is generally no question of it being taxed. Most personal injury settlements are therefore not subject to taxation. However, if your settlement includes any of the following, it could be taxed:

How do Insurance Companies Calculate Pain and Suffering?

Pain and suffering is an element that cannot be quantified using any bills. However, it is a very real component of the damage suffered by the accident victim. To calculate this value, most insurance companies will multiply the victim’s economic damages by a number that ranges between 1.5 and 5 that the firm has predetermined.

The degree of seriousness of the personal injury will decide the exact figure used with more severe injuries having a greater multiplier. However, this approach often falls short of providing compensation that accident victims deserve.

Unlike some other states that limit how much compensation can be given for pain and suffering, New York does not have any caps. So, if you can convince the other side, you can certainly receive the compensation that you truly deserve. This is where hiring a seasoned personal injury lawyer in New York can turn out to be the biggest factor that decides the amount you receive.

When you open the door for a settlement with the other driver’s insurance company, it is vital that you have yourself represented by a seasoned car accident lawyer in New York. Once you sign on the settlement document, your personal injury case is considered closed, and the law does not allow you to do anything more in the future. Sometimes, it is quite likely that what first appears to be a minor injury later turns into a more serious complaint. Therefore, you need to have a lawyer on your side who can consider all aspects of your case and help you negotiate with the other party to get the maximum possible compensation to address all your losses.

If you or a loved one has been injured in a car crash in NYC, you must first get the necessary medical treatment. Soon after you begin the recovery process though, do get in touch with an expert personal injury lawyer to find out how to claim damages for the losses you had to suffer for no fault of your own.

At Rosenberg, Minc, Falkoff & Wolff, LLP, we have succeeded in winning maximum compensation for a huge number of clients. Let us work together to ensure that you get the damages you truly deserve. Call us today at 1-800-660-2264 or contact us online for a free case review with one of our respectable and compassionate lawyers.