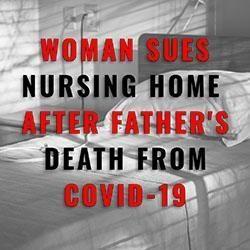 A woman in New York City has filed a lawsuit against a nursing home for nursing negligence that allegedly led to the death of her dad, who was suffering from Covid-19, according to NY Post.

Nursing Negligence is Increasing in Hospitals

In a recent article published on Nurse Journal, it was revealed that nursing negligence medical malpractice lawsuits and settlements are low in comparison to physicians, which many think is due to the positive and personal relationships that nurses have with their patients.

Certain areas of healthcare are more prone to medical malpractice lawsuits than others. This means that nurses that work within the anesthesia, obstetrics, pediatrics, and neonatology units are more at risk of getting sued than their colleagues who don’t work in these areas.

When pop artist Andy Warhol was 58-years old, he underwent a routine gallbladder surgery which made him so sick that he passed away prematurely less than 12 hours later.

In 1987, Warhol had this seemingly simple surgery, confident in his surgeon’s reassurances that there was no danger for him to concern himself over. However, it was later revealed after Warhol’s death that gallbladder surgery was, and still is, a major surgical procedure which is not routine, especially if the patient is as sick as Warhol was at the time of his surgery.

In 2016, a 41-year-old man named Jose Polanco was admitted to Elmhurst Hospital after suffering a heart attack. Unexpectedly, he began to develop pneumonia during his recovery and soon suffered from a serious infection that saw him become an inpatient for four months.

As his condition worsened, Jose’s infection began to affect his blood pressure, and doctors ordered that a line be inserted in his arm to provide ongoing monitoring. Unfortunately, Jose’s arm soon turned back after having the line inserted, and he was diagnosed with gangrene shortly after.

Apparently, Jose developed two wounds in the area of his bicep. It is believed that these areas did not receive enough oxygen after the line was inserted by a nurse, which caused a lack of blood flow to the area and the tissues to die. This necrotic tissue then caused gangrene.

On November 18, 2013, famous actor Dennis Quaid and his wife Kimberley Quaid welcomed their twins into the world via surrogacy at Cedars-Sinai Medical Center. Unfortunately, the twins were premature and had to stay in the hospital for treatment because they had both acquired staph infections.

Quaid called the hospital around 21:00 that night to check after the twins. The nurse who took the call told him that “they’re just fine.” What Quaid didn’t know was that nurses had noticed blood oozing from the intravenous site on the arm of one of the twins and a spot on her heel. It turns out that the nurses had mistakenly given the twins 1,000 times the recommended dose of the blood thinner heparin but hadn’t told Quaid of that when he called. Hospital staff scrambled to reverse the effects of the heparin throughout the night but still failed to notify Quaid or his wife of the situation.