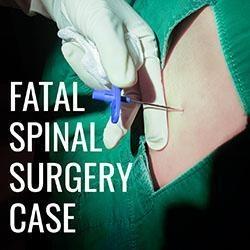 For the death of a 50-year-old woman from Pennsylvania after undergoing surgery for her spinal cord, the awarded compensation amounting to $10 million was deemed as void. This decision was after the court determined that the amount does not match settlements granted to other medical malpractice lawsuits for similar incidents.

The parents of an Oregon man who died of burn injury after a fire in his apartment in Northeast Portland have taken legal action against the building owner Firestarter and the accused assailant Ryan Thomas Monaco. Batool Alhaji and Ali Alhaji, the parents of the victim Taher Ali Alhaji, have filed a $6 million wrongful death lawsuit against Firestarter and Ryan Thomas Monaco, according to a report. 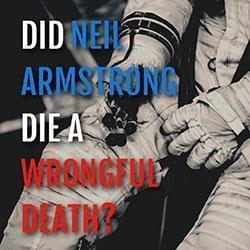 While a nation mourned the loss of a national hero in 2012, Neil Armstrong's family were querying incompetent post-surgical care at Mercy Health – Fairfield Hospital in Cincinnati that they believe lead to his untimely and wrongful death.

Even though Mercy Health – Fairfield Hospital defended their care, they paid the Armstrong family $6 million to privately settle the matter to avoid bad publicity via a medical malpractice lawsuit– a controversial yet common practice.

In February of 2017, famous actor Bill Paxton was diagnosed with two heart-related disorders. One was a bicuspid aortic valve (a congenital condition), and the other was an aortic aneurysm. Though the bicuspid aortic valve wasn’t debilitating, Paxton was told by a heart surgeon at Cedars-Sinai Medical Center in Los Angeles that his aortic aneurism was life-threatening and that he would need surgery.

The surgery went forward as planned; however, Paxton started to experience complications afterwards. The surgeon was nowhere to be found during his aftercare which caused him to receive delayed treatment that resulted in several injuries. His health continued to worsen, and he sadly died of a stroke 11 days after his surgery.

In January 2014, parents Sara and Padraig Keenan entered into a nightmare when their 3-month-old daughter was found in her crib choking after being breastfed.

The couple was hosting a houseguest who worked as an EMT and who was able to revive the baby girl and got her breathing again. Frantically, the parents called 911 and emergency medical technicians from Exchange Ambulances were sent to their home.

The family could never have foreseen the terrible string of events that were about to occur.