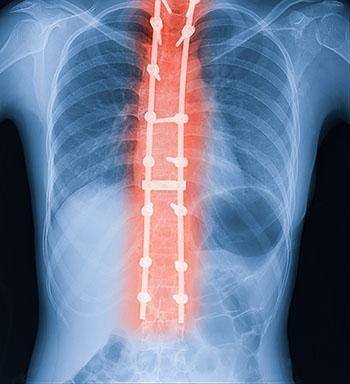 Michael Beloyianis and Virginia Beaton lost their 22-year old son, Edward Beloyianis, in 2010, years after he had a spinal surgery to fix an abnormality. The botched surgery left him impaired, eventually causing his death. Edward's parents sued the New York Presbyterian Children's Hospital and one of its surgeons over preventable problems that may have saved their son from paralysis and subsequent death eight years later. The jury ordered the defendants to pay $45.6 million to the victim’s parents for the suffering and pain caused by medical negligence.

How the Medical Malpractice Took Place

Long Island parents Michael and Virginia discovered that their son, Edward, had scoliosis - a deformity involving one or more sideway spine curves. Scoliosis is often treatable in adolescents with conservative interventions, such as back bracing. If severe cases like Edward's are left untreated, they can cause a severe breathing disability.

Edward went through a corrective spinal surgery in Nov. 2002 when he was 14 years old. That treatment aimed to correct the curvature as far as possible and then fuse the vertebrae together to prevent further curvature. Surgical hardware, such as metal rods, screws, and hooks, is also used during the procedure to ease the bone around the devices.

According to the medical malpractice lawsuit, the surgeons had misplaced four screws in Edward's spine, which compressed his spinal cord. It caused nerve damage, paralyzing Edward from the waist down. Despite this handicap, Edward went to college. He also took a job repairing computers, but his parents maintained that his overall functionality was minimal. He also never played hockey (his favorite sport) again.

But in 2010, Edward died from a urinary tract infection after being unable to completely empty his bladder, a common occurrence in paralysis cases.

Edward's parents alleged that the hospital lied to them and told them that the CT scan revealed no problems even though a CT scan had never been performed. If it had been, the screws could have been detected and addressed, and Edward's paralysis could have been prevented.

In May 2015, a Bronx jury found the defendants liable for $45.6 million of which $40 million was for Edward's pain and suffering - the total amount was divided between the New York-Presbyterian Children's Hospital and the surgeon. The hospital still claims that although his death was unfortunate, the hospital is not responsible.

Edward's parents stated that it was not about the money and that even if they were offered a zillion dollars, they would still choose their son over it.

Medical malpractice is common in NYC hospitals. It causes the deaths of many people every year while leaving many others paralyzed for life. The victims’ families also experience many problems, including emotional pain and financial troubles.

If you or someone you know has been a victim of medical malpractice in NYC, be sure to consult an experienced medical malpractice attorney. A medical negligence lawyer with the right experience can file a strong lawsuit in court, increasing your chances of getting reasonable compensation for your damages.