What You Need to Know About Medical Malpractice Settlements 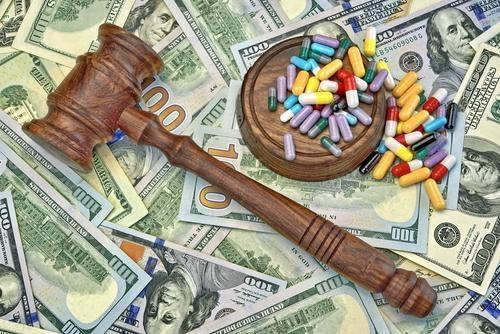 Recent news reported about a woman in a vegetative state from Tucson, Arizona who was awarded $12 million by a jury in a medical malpractice lawsuit. The verdict against Banner-University Medical Center, Tucson is Pima County's largest medical malpractice verdict in more than a decade. The woman, Esmeralda Tripp, had a history of seizures and was prescribed a blood thinner medication called Coumadin.

On September 13th, 2013, Tripp visited the emergency room and according to her daughter, she had gone to the same ER multiple times to get medical assistance for the same issue. She was generally treated with plasma or a shot of Vitamin K and released - Tripp's daughter, Jamaica Tripp-Serrano said that it was the routine.

According to Tripp's lawyers, the drug Profilnine was administered by a doctor who was just 8 weeks out of medical school. After several hours, Tripp suffered from a heart attack and blood clots that resulted in permanent brain damage. Less than 2 months after the incident, Tripp was brought back home.

For the last 4 years, Tripp had been living in an 8x8 den of her family.

The bulk of her care giving was taken on by her family, including her 4 children. She responded to her loved ones with limited hand movements and facial expressions.

The trial began in October, lasting 3 weeks. After the jury deliberated for more than three and a half hours, a unanimous verdict was reached and Tripp was awarded $12 million.

How do Medical Malpractice Settlements Work?

Like in any settlement, a medical malpractice settlement's actual dollar value is negotiated with between the two parties, i.e. the plaintiff and the defendant, based on damages - this is often done through or at least with the insurer of the defendant.

It can be relatively easy to calculate economic damage amounts - which means quantifiable, provable losses or expenditures due to the injuries claimed. Non-economic damages are where the real negotiation starts.

There can be a vast difference between a plaintiff's idea of appropriate compensation for damages such as loss of employment and pain and suffering and the valuation of a doctor or an insurance company. It is critical to keep in mind that limitations on award amounts by state law may also come into play.

Unlike in personal injury claims that are more common, the settling doctors often have to give their approval for settlements in a medical malpractice lawsuit. As a general rule, settlements for car accidents or slip and fall accidents can be settled by the insurance company of the defendant, whether or not the defendant wants to settle.

There is a clear outline in policy language about who can make the final decision regarding settlement, and although in some cases a settlement can be denied, a defendant in a "regular" personal injury case could significant financial liability if they do not comply with the desire of their insurance companies to settle.

Due to this, medical malpractice settlements do not carry the same confidentiality level that other types of personal injury cases often do. This has a direct and in many cases, dire consequences on a physician's malpractice insurance cost.

A doctor may want to risk going to court rather than settle, instead of taking chances on insurance premiums that are grossly inflated or being dropped by their insurance provider. Furthermore, a large number of physicians refuse to view medical malpractice cases dispassionately. And in cases that they think that there was no malpractice whatsoever on their part, they will fight tooth and nail to try and keep a plaintiff from recovering any compensation.

There are certain insurance companies that take a hard line on settlement as well. They may have "unofficial" policies that favor going to trial rather than paying out settlements. The fact is that insurance for medical malpractice is a high stakes game and in some cases, insurance companies want to be perceived as hardliners to try and discourage litigation against the physicians they insure.

Once the parties negotiate and approve a settlement, they often need to obtain approval from the court, particularly in cases that involve minors. This is for the prevention of settlements that may be designed to provide quick payouts to defendants and attorneys at the expense of providing for any actual long-term financial needs.

While the courts are not present to babysit, there is a genuine public policy interest to make sure that settlements are reasonable, as there can be an extremely high societal cost with an inappropriate settlement.

Depending upon the plaintiff's age, a particular jurisdiction's laws, and the nature of the injuries sustained by the plaintiff, settlements may be paid in a structured settlement, a lump sum, or a combination of both.

In some states, insurance companies are not allowed to pay for future medical costs over time and favor paying a lump sum instead. Other states prefer a pay-as-you-go system, which is more monitored. In cases involving minor plaintiffs, courts will need structured settlements designed to cover current medical costs with a payout once the plaintiff is no longer a minor and reaches the age of majority.

In most cases, the payment and collection of settlement amounts is usually concurrently negotiated with the actual dollar values, and insurance providers will often make an attempt to discount an overall settlement and replace it with quick payment.

Typically, the settlement check is sent to the lawyer of the plaintiff and the lawyer will make a deposit into an escrow account. After legal fees and case expenses per the agreement are subtracted, the plaintiff obtains the payment.

When it comes to medical malpractice cases, settling can be as simple as agreeing to a certain amount and getting a check, or it can be so convoluted that more litigation related to the settlement is required. Your attorney should guide you on how to effectively obtain a reasonable and timely settlement.

A jury in Richmond County has awarded $10 million to the husband of a woman who died after there were delays in surgery due to miscommunication between her doctors. The lawsuit states that the surgery would have saved the woman's life.

Dr. Philip Kinder and Columbia Urological Associates were sued for medical malpractice. According to legal papers at the Richland County Courthouse, the defendants had offered the husband $250,000 to settle the case. He rejected the offer.

A member of the Mothers Against Medical Error, Helen Haskell said that it is unusual for jurors to award such a high amount, but it could be because the jury wanted to send a strong message about the need for doctors to take better care in following up on symptoms experienced by patients.

After a trial that lasted a week, Adolph Bannister and his three children were awarded $10 million. His wife was Joann Bannister, aged 70 who died in October 2012. It took about three hours for the jury to consider its verdict.

In other medical malpractice news, legislation has been introduced in the Senate in order to invoke change in the Department of Veterans Affairs after it was revealed that serious errors by agency employees that harmed veterans had been concealed by the corrupt bureaucrats who run this agency. So much for government run health care.

According to the investigation by USA Today, there were 88 cases in which the errors of one surgeon harmed veterans - in one incident, he drilled the wrong screw into one veteran's bone and severed another's critical tendon.

Despite these serious errors and the fact that these errors were known to senior VA leadership, the surgeon was neither fired nor reported to a national database that is designed to track the problem. Instead, they allowed him a quiet resignation and move into private practice.

A senior member of the US Senate Veterans' Affairs Committee, Senator Dean Heller (R-NV) said that the findings of the investigation were "downright shameful" and that immediate action needs to be taken to make sure that inadequate care or medical mistakes are not hidden by the VA.

One of the only two Senators to do so, Heller introduced the VA Provider Accountability Act, which is legislation that mandates that any adverse actions must be reported by the VA to the National Practitioner Data Bank as well as state licensing boards.

This law will also keep the VA from approving settlements with dismissed or fired employees that allow the VA to get rid of negative records from personnel files or hide serious medical errors. Senator Joe Manchin (D-WV) is also sponsoring the legislation.

While it is yet unknown if these laws and efforts by Congress to make reforms to the VA will positively impact the care received by veterans in the long run and/or if they will help in reducing reports such as the investigation by USA Today.

As long as there are reports of serious problems in patient care at the agency continue to come up, the Congress will more than likely continue to wield its legislative authority in an effort to handle and fix the issues.

More than 90% of cases involving medical malpractice are settled out of court. Money is of course the obvious reason. The average settlement in court is about $425,000, while the average award by a jury is over $1 million. In most cases, it is a lot cheaper for defendants to settle. But if you feel that the settlement is inappropriate, you have the right to refuse.

Your medical malpractice attorney is the best person to advise you on whether you should take the settlement or fight in court. He will determine if the settlement offered is an appropriate amount when compared to the injury or damages you have sustained. If it is not, you can go to trial and fight for a higher compensation amount and let a jury decide based on the facts presented. 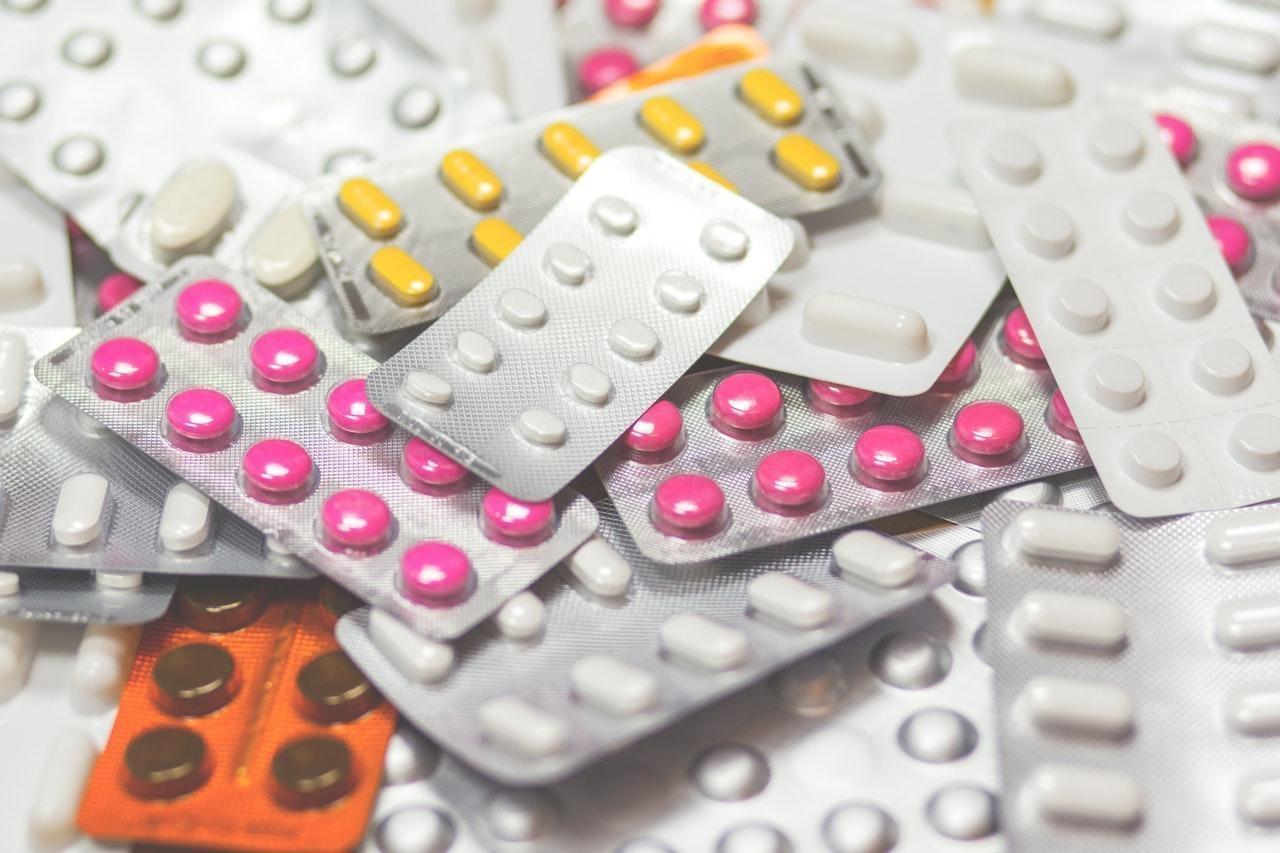 Damages in a Medical Malpractice Lawsuit

In a typical case of medical malpractice, you can obtain several different categories of damages if you, the plaintiff, are able to successfully establish the liability of the doctor for harm. These types of damages include:

· Cost of past and future medical treatment - economic damages

· Reimbursement of earning potential or loss of income - economic damages

· Punitive damages - this is, in most cases, reserved for medical malpractice lawsuits that involve outrageous or egregious conduct

There are other economic and non-economic damages that your attorney can provide information, based on your specific case. The ones mentioned above are the most common ones. The damages you can receive may also depend on the laws in your state.

When you file a medical malpractice lawsuit, one of the first things that you should discuss with your attorney is the damages that you may be entitled to.

RMFW is the Finest Law Firm in The Big Apple

If you or a loved one has been injured or harmed due to medical error or negligence, you should immediately consult a profound and stellar medical malpractice attorney. The legal pro will discuss your case with you and let you know if you can file a lawsuit against the doctor or hospital.

If you do, you can obtain compensation for damages and get the financial assistance you require for future medical treatment. You can also claim compensation for other costs brought on by the injury or complication caused by the negligence or error made by the doctor or hospital. You should make sure that your rights are protected by a capable medical malpractice lawyer. This will ensure that you receive the compensation you deserve.