What Happens if Passenger Negligence Caused My Car Crash? 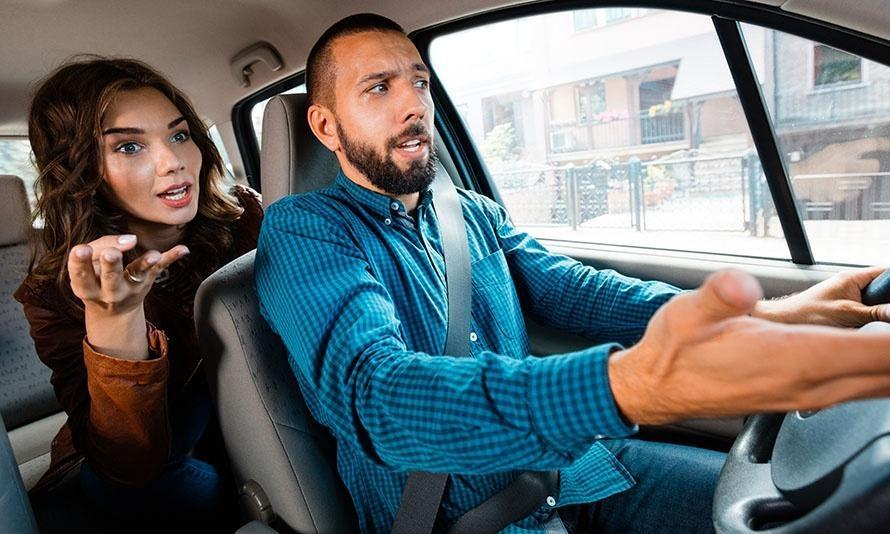 While the word ‘accident’ implies that an event occurred unexpectedly, when it comes to car accidents, this may not always be true. A Stanford Law School study has in fact shown that close to 90 percent of motor vehicle collisions arise, at least partially, due to human error. This is the reason why it is important to hold errant individuals accountable for their actions.

In most auto accidents, it is the driver who is responsible for being negligent in their actions. However, it is quite possible that in a few cases, it is the reckless or errant behavior of the passengers in the vehicle that is the main cause of the crash. Under New York law, it is possible to hold the passengers liable for a car crash and to claim damages from them.

What is Driver Negligence in Car Accidents in New York?

Negligence is the legal concept that forms the basis for most car accident injury and personal injury claims in New York. Under the law, anyone driving a car has the responsibility to drive in a manner that is safe and does not endanger the lives of others with whom they are sharing the road space.

This is the reason why every person who learns to drive is taught about all the rules they ought to follow when driving their vehicle. If a motorist operates their vehicle in a manner that is irresponsible, without caring for the safety of others around them, they are said to be negligent in their actions. A driver who breaches the duty of care that they owe to others on the road can be held accountable for the injuries caused by their negligence.

Is it Always the Driver who is Held Liable for an NYC Car Crash?

While most car accidents occur due to driver error, there can be other reasons for a crash. If an investigation throws up data that there were other individuals or entities responsible for an accident, it is possible to hold them accountable, too.

For example, some accidents may occur because of a fault in the road design that creates conditions ripe for a crash. Poorly maintained roads with potholes or other defects or debris on the road from construction or maintenance activity may also lead to a collision. In such situations, it may be possible to sue the government entity that is responsible for the design, construction, and upkeep of the road.

In some accidents, it could be a defect in the vehicle that was responsible for the crash. For example, if a tire with a manufacturing defect blows out, or if the brakes fail to act as expected, it could lead to a serious crash. When this happens, it may be possible to claim damages from the car manufacturer, or dealer, or the car repair shop that serviced the vehicle.

In accidents that occur due to driver errors such as speeding, distracted driving, or driving under the influence of alcohol or drugs, if it turns out that the passengers traveling in that car were responsible for causing such behavior, they may also be considered at fault for the crash.

When Can Passengers Be Held Responsible for a Car Crash in NYC?

Just like the driver of a vehicle, the passengers too must act in a responsible manner and not do things that may pose a danger to persons inside and outside the car. Here are a few examples of behavior that may be considered as passenger negligence and cause them to be held liable for any car crash that occurs:

In any of the above or such similar conditions where it can be proved that the passenger was responsible for distracting the driver’s attention, the accident may be attributed to the passenger’s negligence.

What Can I do if I’m Blamed for a Car Crash Caused by Passenger Negligence?

If an accident occurs when you have been driving, it is almost certain that you will be blamed for it. But if you know that it was a passenger who distracted your attention and thus caused the crash, it is important that you speak up and bring this fact out in the open.

If you keep silent, it will be assumed that you accept your fault and when it is time to pay damages, you will be the one that is financially liable. Besides, being blamed for causing a crash may also affect your ability to recover damages for the injuries you have suffered in the accident.

New York State follows the comparative negligence rules and this means that if there were multiple persons who contributed to a crash, the fault will be divided among all of them to the extent of their role in causing the accident. So, if your passenger is found to be responsible, they will have to share the liability to the extent of their contribution and this will make it easier for you to get the damages you deserve for your injuries.

How Can I Prove That Passenger Negligence Caused my New York Car Crash?

As soon as a car crash is reported to 911, the police will arrive and launch an investigation into the incident. Unless they have been grievously injured and transported to the nearest emergency room, the law requires the driver to remain at the accident site and cooperate with their inquiry. In a situation of this kind, it can be helpful to check with eyewitnesses to find out if they saw your passenger behaving in a way that led to the accident. If there is someone who corroborates your viewpoint, it is vital that you get their name and contact details because their testimony will be key in proving passenger fault.

Along with this, having other evidence such as surveillance footage from a camera in the area or photos from a camera at the red light that you were forced to speed through will help you build a strong case.

Now procuring all this evidence can be difficult for an individual but the same can be accomplished with relative ease by an experienced car accident lawyer in New York. So, it is important that soon after you have received the necessary medical care, you must get in touch with a personal injury attorney who can help you avoid being unjustly blamed for the accident that was a passenger’s fault.

Talk to an Experienced Personal Injury Lawyer in New York

In NYC accidents due to passenger negligence, determining liability can be quite complex. Even in cases where it was the passenger’s behavior that distracted the driver, it may be argued that the driver ought to have pulled to the side of the road and stopped the vehicle, and handled the issue with responsibility so as to avoid a crash.

In many cases, the law may see the blaming of a passenger as a means to avoid liability and will be reluctant to hold them at fault. The driver may also be questioned regarding why they consented to transport that passenger even after realizing that their actions posed a risk to safe driving.

The personal injury attorneys at Rosenberg, Minc, Falkoff & Wolff, LLP have worked with several clients who were involved in accidents where passenger negligence was responsible for the crash. If you or a loved one has been injured in such a crash, and want to make sure that you are not wrongly held liable, get in touch with us today at 212-344-1000 or contact us online for a free, no-obligation consultation.