Liability For Your Child’s Injuries in a Bicycle Accident 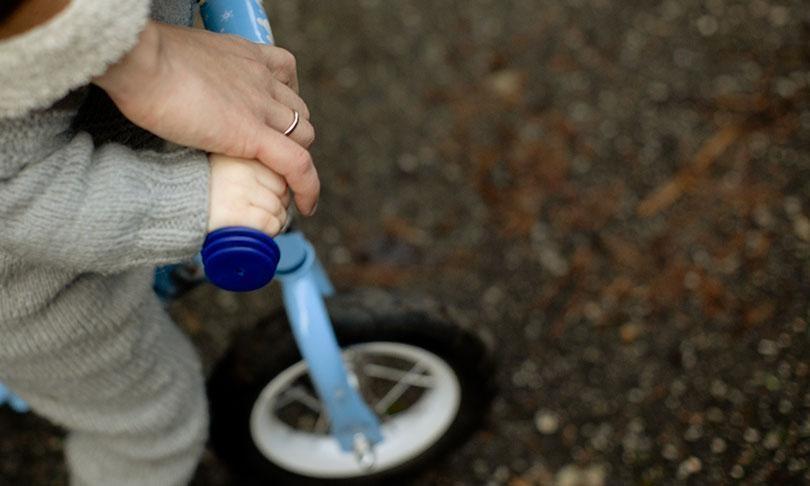 Bicycling is good exercise for kids, and can be an enjoyable experience, too, which is why many parents encourage their young children to ride. However, it is equally important to stay alert to the possibility of children being involved in bicycle accidents.

Data from a report published in the Accident Analysis & Prevention journal shows that in the US, close to 25 children reach hospital emergency departments every hour due to a bicycle accident. Just in case this doesn’t sound like a worrying figure, consider what it implies – more than 600 kids reaching the emergency room per day which is 4200 kids being treated in the emergency room every week for different types of bicycle accident injuries.

Researchers at Nationwide Children’s Hospital’s Center for Injury Research and Policy arrived at these figures from a study of data collected from emergency rooms in the years between 2007 and 2015. The kids most affected by such bike injuries were aged between 10 and 14 years, with a majority of them being boys.

While bruises were the most prevalent injury type, kids also sought treatment for cuts, scrapes and traumatic brain injuries. Most of the incidents caused injuries to the upper and lower extremities. The face, neck and head were also affected in such accidents. Another finding of this study was that close to 4% of kids visiting emergency rooms had to be hospitalized for treatment.

Negligent Driving and Children on Bikes

Drivers on the road must always be careful and considerate of others on the road. This becomes even more critical when young children are involved. One does not expect children to be very careful or mindful of road conditions when they cycle on the road.

Therefore, the duty of care of the adult drivers on the road increases in situations where children are involved. If a child riding a bicycle has been hurt in an accident with a motor vehicle, the driver’s liability gets decided based on whether they were driving with reasonable care or showed negligence on the road.

The law does not consider child cyclists negligent; they are not expected to exercise caution because of their age. So, even if the child bicyclist’s actions may have contributed to an accident involving an adult driver, the child’s actions cannot be held liable for the accident.

Reasonable care is a term that depends on the situation actually encountered on the road. A person driving a motor vehicle in an area such as a school zone, or a residential area where young children live and play is expected to be highly alert and watchful at all times to the possibility of a young bicyclist suddenly cutting across their path. Adult drivers in these circumstances must be prepared to come to a sudden stop in a fraction of a second.

Although some drivers do make an attempt, especially with older children, to pin responsibility on the child cyclist, a competent bicycle accident lawyer in New York City will help you defend your child’s rights when it comes to claiming recovery for damages.

Deciding liability for injuries is a complex process that depends on several vital factors. In any accident involving an adult driver and a child bicyclist, it does not automatically follow that if the child gets struck, the adult driver was being negligent or driving recklessly. Under the following conditions however, the driver can be held liable for the accident:

In the event of a driver being held liable in a child bicycle accident case, the legal consequences generally involve the award of compensatory damages. The damages will be calculated to cover hospital and medical expenses and other costs; the compensation amount can be significantly high if the accident has resulted in a fatality.

In child bicycle accident cases where the liable adult is found to be driving under the influence of alcohol or other prohibited substances, the penalties may be even higher. If the court so rules, criminal consequences may also result from the bicycle accident, resulting in a loss of driving privilege or even jail time.

If the surface on which the child was riding the bicycle is found to be faulty or not maintained as required, the entity or individual responsible for maintenance of that surface may be considered liable for the injuries caused to the child bicycle rider.

While any type of an injury is bad, the biggest danger in child bicycle accidents in New York is the possibility of a traumatic brain injury. Cuts, scrapes, bruises, lacerations and bone fractures are quite frequent, but they are comparatively simpler in comparison, easy to treat and heal quite naturally.

Brain injuries in young children are however problematic, and more so because sometimes, they do not often manifest immediately following the bicycle accident. A kid may seem perfectly normal after the accident, but the effects of the head injury  may show up only slowly over time in the form of behavioral problems, memory or attention deficits, lowering of the IQ, emotional issues and cognitive difficulties. Unless parents have been warned by the doctor to watch out for such signs, they may not even make the connection between these symptoms and the bicycle accident in which their child was injured.

Data from the Brain Injury Association shows that more than one million children in the US sustain some form of injury that affects the brain. Statistics also show that traumatic injuries to the brain are a leading cause of disability and death in children.

How to Keep Children Safe When Riding Bicycles?

Parents cannot prohibit their kids from riding bicycles to keep them safe. However, they can definitely guide their children about safety tips to follow to reduce the chances of being involved in an accident, or to reduce the damage sustained if at all an accident takes place. Here are a few guidelines that parents can teach their young children:

Consult with a Child Bicycle Accident Attorney in New York

Being involved in a bicycle accident can be a traumatic experience for a child. Besides the physical injuries the child may have sustained, there is also the important emotional impact to be considered. Adult drivers quickly place the blame for the accident on young children who are incapable of speaking up in their defense.

If your child has been involved in a bicycle accident with another motor vehicle, it is critical that you contact our experienced bicycle accident lawyers in NYC at Rosenberg, Minc, Falkoff & Wolff, LLP today at 1-800-660-2264 to schedule a free case evaluation.

New York child bicycle accident cases can be rendered highly complex by the difficulty in determining who was at fault. Even in situations where it may appear as if the child’s unpredictable driving was at fault, there is always a responsibility of the adult driver in the motor vehicle to pay attention to child bicycle drivers on the road.

Working with professional investigators and accident reconstruction specialists, our team of experienced bicycle personal injury lawyers can build your case to hold the motor vehicle driver accountable financially and legally, ensuring that you get the maximum possible compensation.