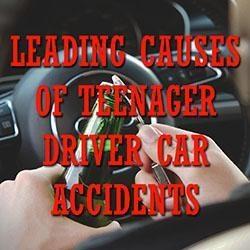 Car accidents can create mayhem in your life, especially if they result in grave injuries. While accidents can happen to anyone driving a car, data shows that teenage drivers are at a greater risk because they have little experience of the road, and tend to underestimate the time required for any given driving maneuver. Teens aged 15 to 20 are at a high risk of death in teenage auto accidents in New York City.

The risk of a car accident resulting in fatality doubles when teen drivers have other passengers riding with them. If you have been injured in a car accident caused by a teenage car driver, it is important you contact an experienced New York teen driver car accident lawyer to help you through the process of filing for damages. 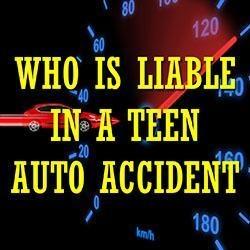 Who is Liable For Your Injuries in a Teen Auto Accident?

Data from the New York State Department of Health shows that around 10 people are killed or have to visit a hospital for their injuries after being involved in car accidents caused by teen drivers. The risk of auto accidents is highest in the 16-to-19 year age group as compared to all other ages.

The causes of teen auto accidents are many and diverse, but most of them stem from behaviors that are typical for that age. Data from New York City teen car accidents show that teen drivers often resort to speeding and driving without paying sufficient attention to the road. They have a tendency to follow other vehicles too closely and not yield to other drivers and generally tend to drive in an unsafe manner.

Read more: Who is Liable For Your Injuries in a Teen Auto Accident?

How to Claim Compensation in a Hit and Run Accident?

Under New York law, a person who has been involved in an accident that resulted in damage to property or personal injury, must remain at the site of the accident and report it. However, most people do not wish to be held liable for their involvement and therefore, they flee from the accident scene, willfully ignoring the law.

Read more: How to Claim Compensation in a Hit and Run Accident? 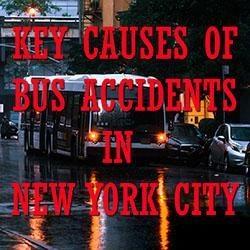 What Are The Key Causes of Bus Accidents in New York City?

Several people travel by bus in New York because the buses run till later in the evening and also because bus travel is less expensive than taking the train. Whether it is the New York City Transit Authority (NYCTA) that serves over 650 million persons every year, or the several private buses plying on the roads of New York City, busing is one of the most efficient and therefore, popular means of mass transit.

Read more: What Are The Key Causes of Bus Accidents in New York City? 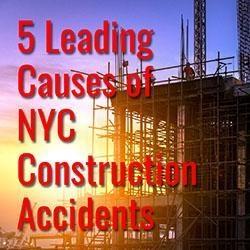 The construction sector of NYC is one of the most dangerous industries as it is responsible for many deaths and injuries of workers as well as bystanders every year. In 2007 alone, 761 construction workers were injured in on-site accidents in the city, according to the NYC Department of Buildings. During the first half of 2019, 286 construction-related injuries were reported in the Big Apple.

While the labor laws regulate the risks and dangers of the construction sector, the number of deaths and injuries is on the rise. The following list of the five leading causes of construction injuries and deaths may indicate where the problems lie: